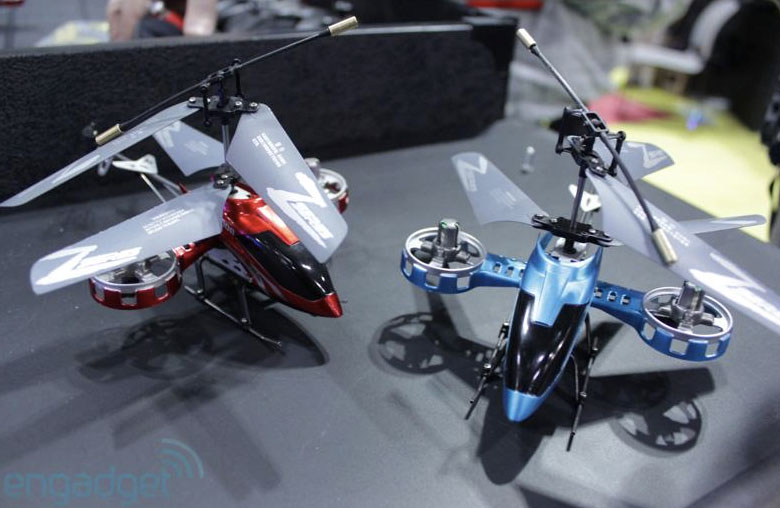 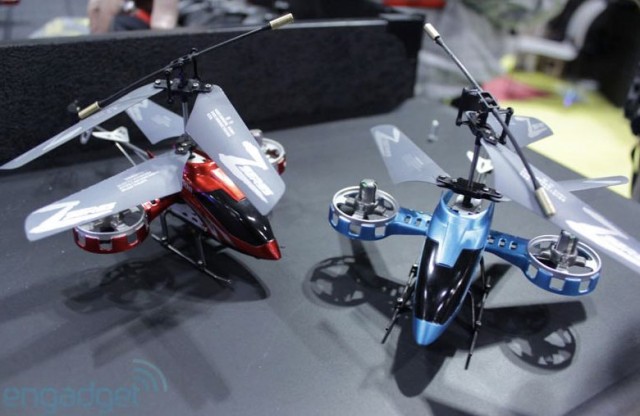 Toy helicopters have been around for a while, but it seems that they have really surged in popularity these last couple of years. Even so, the control scheme has remained largely the same. Force Flyers changes that, because you fly these ‘copters with a wave of your hand.

On display at the 2012 Toy Fair in New York City, the Force Flyer helicopter doesn’t look like anything special until you see the control scheme. You get fitted with a glove-like sleeve where you have a thumb control for throttle and you tilt your hand to make it turn. We’ve all had the experience of “flying” toy airplanes by running around the room; this is a more technologically advanced version of that old pastime.

Realistically, since the remote control is really only using an accelerometer, it probably wouldn’t be all that difficult to devise a smartphone app to do the same. In any case, this little flying machine gets about 10 minutes of flight time on a 20 minute charge. For $50 in May, it will make a nice toy you can smash into the wall and collect the pieces up afterwards.  The larger outdoor version will sell for $100. But for serious flyers, the E-flite blade mCPx heli is the way you want to go (video far down below).