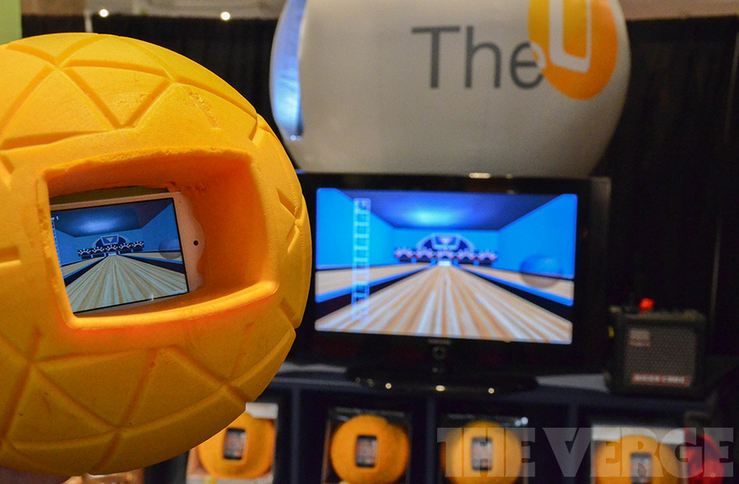 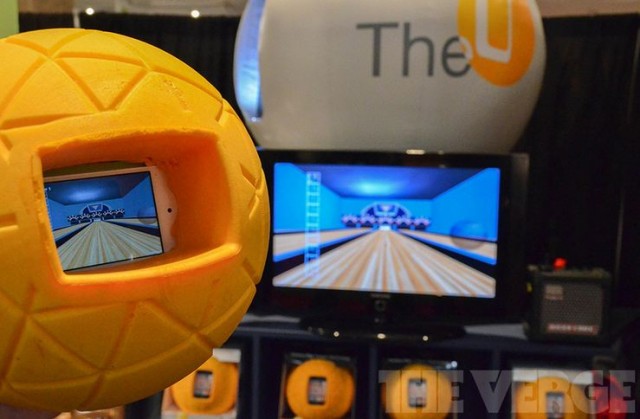 Playing games on a smartphone is fun and all, but flicking your finger up the screen isn’t exactly the same thing as rolling a bowling ball down a real alley. Physical Apps wants to change that with what they call TheO.

On display at the Toy Fair 2012 in New York, TheO is a foam ball that can house your iPod, iPhone, or Android device. It’s about the size of a standard soccer ball and they say that once your device is inside, it’s virtually indestructible. You then load up a compatible app, sync up your phone with a secondary display (like a Smart TV) and have at ‘er. Just bear in mind that the slot won’t fit larger Android phones, so don’t even think about stuffing the Galaxy Nexus or Galaxy Note in there.

One prime example is the bowling app where you quite literally roll the ball, with phone and all, down your hallway or toward your HDTV. They also have a digital hot potato game and a “socially interactive game” that comes bundled with TheO. Personally, I think this is a terrible idea. We already have the Wii and Kinect for this kind of thing, and neither of those require me to put my $600 smartphone potentially in harm’s way.