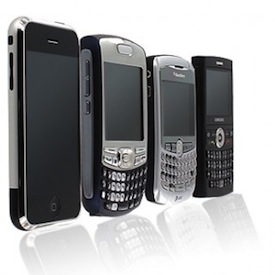 You take the blue pill — the story ends, you wake up in your bed and believe whatever you want to believe. You take the red pill — you stay in Wonderland and I show you how deep the rabbit-hole goes. It seems that machines might in fact be taking over the world as we know it. That’s right, globally mobile devices are set to outnumber humans this year according to Cisco.

Okay, so this might not exactly be an epic doomsday of Matrix proportions, but it seems Cisco claims that through its annual Global Mobile Data Traffic Forecast it was able to draw some pretty interesting conclusions.

Just last year mobile data traffic doubled increasing to 133 percent, and based on the trend will grow similarly in 2012, climbing to 110 percent, and will increase 18-fold by 2016. By that year, over half of the mobile traffic will come from Asia Pacific and Western Europe, with additional large gains in Africa and the Middle East.

“Mobile data traffic will continue to explode,” Cisco’s vice president of service-provider marketing Suraj Shetty said. “This is a trend we don’t see slowing down.” Cisco attributes the growth to the ever-increasing selection of devices that have arrived on the market in recent years.

In line with Cisco’s predictions, CTIA said last fall that the number of wireless subscriber connections in the U.S. outnumbers the population. If CTIA’s data is correct, that means there are more smartphones, tablets, and wireless gadgets in the states than there are people. And this trend isn’t isolated just to the US as data and mobile use continues to grow at a rapid rate.