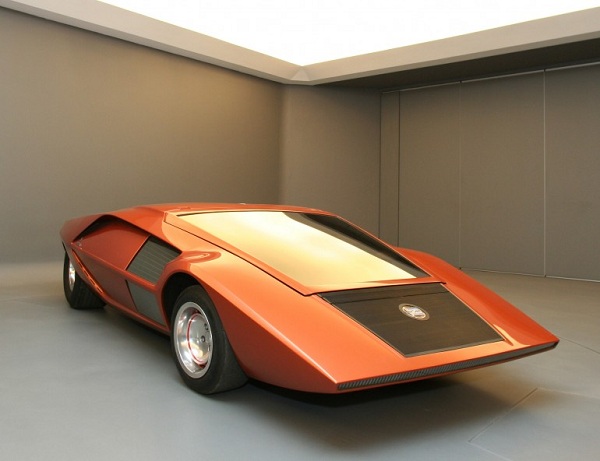 Italian design house Stile Bertone is famous for some of the most beautiful cars in history and none of the company’s concepts are more famous than the 1970 Lancia Stratos HF Zero. The futuristic design of that prototype will always be alive in the hearts of many sports car fans around the world. And it appears like the company is planning to keep it that way. They have released teaser sketches of a new concept car which will be shown off at the Geneva Motor Show next month. It has been designed by Michael Robinson, the company’s Design Director.

Named Nuccio, after Giuseppe “Nuccio” Bertone, the son of the founder of the company, the new concept sports car will be part of the company’s centennial celebrations and appears to be possibly inspired by the wedge-shaped mid-engined rear-wheel drive supercar designs of the 1970s, the best example of which is the HF Zero (pictured above).

From the sketches, it looks more like a next generation Stratos HF Zero. Similar to the HF Zero, the new concept sits very low to the ground and has been colored orange. But it has been modernized and features LED single-bar headlights and taillights along with a more curved body.

We can see muscular haunches with massive wheels, and twin rear windows. We definitely won’t have to wait too long to learn much more about it such as what’s under the hood. But since they are modernizing it, a solar panel on the top will be a wonderful addition. What do you think?

After its debut at the Geneva Motor Show, the Nuccio will make its way to other exhibitions including the Beijing Motor Show in April, the Museum of Turin in May, Laguna Seca USA in August, and Florence in September. 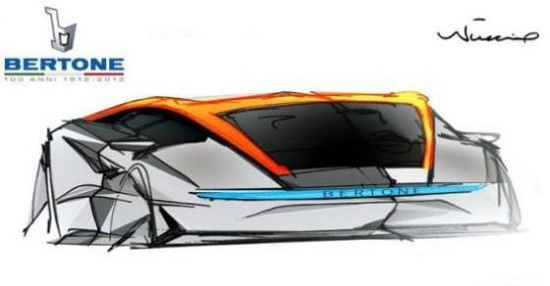