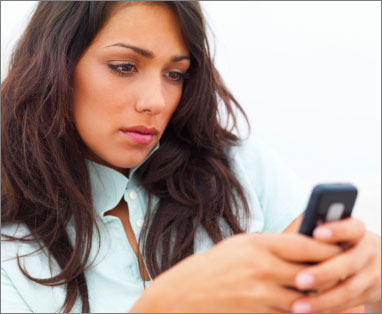 We use our smartphones and tablets for a lot of things. We use them to play games. We use them to check the weather. Apparently, above all else, we use our mobile Internet devices to socialize with others. Who said basking in the glow of a small display was antisocial behavior?

A report was recently published by Juice Mobile, a company dedicated to mobile advertising and analytics. In this report, they discovered that 91% of mobile Internet access is to socialize. If you stop to think about it, that doesn’t sound that far-fetched. We go on Facebook and Twitter. We send emails. We post comments on YouTube videos. That’s all socializing.

Juice Mobile also came forward with a bunch of other numbers that may interest you. For example, 60% of Twitter sessions are from a mobile device. Similarly, we’re expecting to see 600 million mobile social networkers around the world by 2013. They’re also saying that mobile commerce will hit $11.6 billion this year and mobile app revenue grew to $12 billion last year. Tablet sales in Canada are expected to double to 2.5 million this year and only 9% of Canadians currently own a tablet device.

And tablets aren’t just for kids either. The average age of a tablet owner is 39. Tech is an expensive hobby, after all.