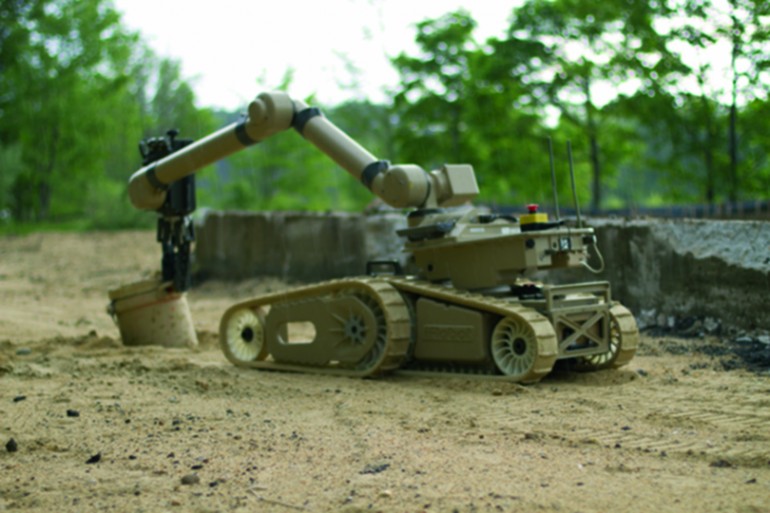 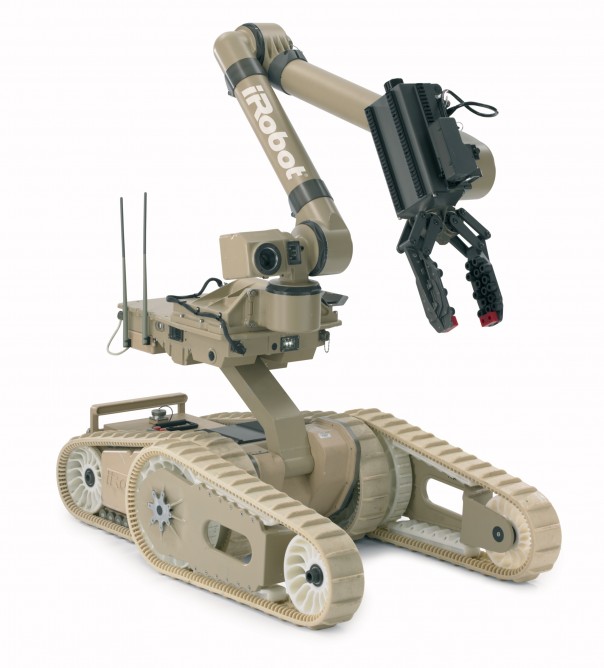 The heavy weight 710 warrior is just like its predecessors, just more versatile.  It’s more capable of performing a wide range of missions including EOD (explosive ordnance disposal), reconnaissance and surveillance.

The 347 lb. (157 kg) iRobot Warrior 710 is a fast, heavy weightlifter, literally. Capable of lifting 220 lbs (100 kg) and rolling along at 8 mph, it can also haul a payload of more than 150 pounds (68 kg) over the roughest of terrain.  Of course, you can outfit it with APOBS (Anti-Personnel Obstacle Breaching System) and various weapons.  Its manipulator arm, that can extend 75-in (192 cm), is dexterous enough to open a car door (see video on page).

The robot can be controlled using an Operator Control Unit powered by iRobot’s Aware 2 intelligence software, which can be integrated with optional obstacle sensors, compass and GPS. The operator can see the proceedings through multiple cameras on the 710 in real time at a distance of up to 800 meters.

It was field tested by iRobot in the most hostile of terrains when two prototypes were used to explore the radiation contaminated site at the Fukushima Daiichi Nuclear Power Plant. They were used to make radiation-contaminated rooms safe for humans with a vacuum cleaner taped to the robot’s arm to suck up radioactive dust, according to Tim Trainer, iRobot’s vice president of operations for government and industrial robots.

Although you’ll never be able to own the iRobot 710 Warrior unless you are government or military, you can look forward to the next Short Circuit movie coming soon.