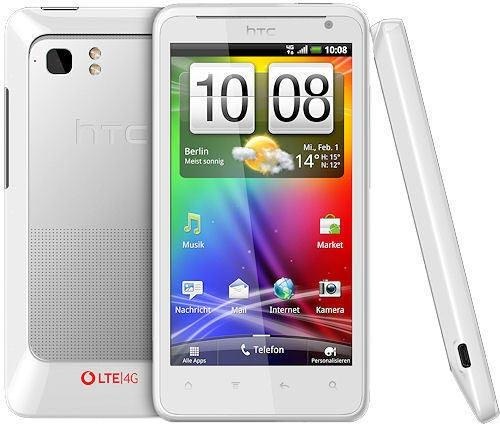 People in Europe have been waiting for a while to enjoy the glorious speeds of 4G LTE. Although some countries in the continent will still have to wait a bit more for the launch of the network, Germany can celebrate since they will be getting the HTC Velocity, the first 4G LTE Android-powered smartphone in Europe.

Vodafone’s German arm will launch the device “sometime soon.” The Velocity is a variant of the HTC Vivid LTE handset that was released in the US on AT&T’s network in the previous year.

Similar to the Vivid, the Velocity comes equipped with a 4.5 inch qHD display with a resolution of 540 x 960 and a 1.5GHz dual-core processor. Although the screen is not as big as the one on the Galaxy Note, it’s more than enough for the first 4G LTE phone to arrive.

The handset features two cameras: an 8 megapixel rear facing camera with 1080p video capture and a front-facing 1.3 megapixel shooter to satisfy all your video chatting needs. The phone will run Android 2.3 Gingerbread and you can expect an update to ICS to arrive in the coming months. Other features include 1GB of RAM and 16GB of on-board memory.  The device will arrive in Germany first and we expect it to make its way to other parts of Europe later this year. But for everyone in the UK, you will all have to wait until the 4G auctions are completed.