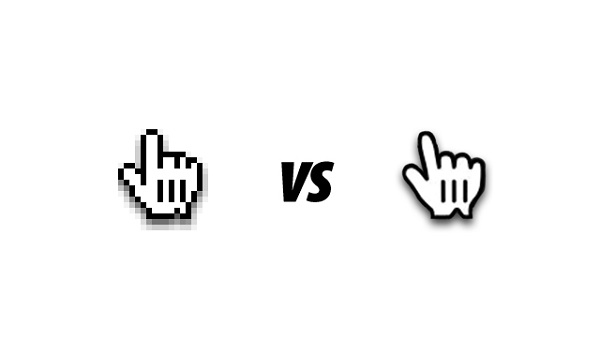 Rumors about upcoming Apple products are always hot topics, although most of them require more than just a pinch of salt. And it’s always a smart thing to keep yourselves updated about such hints because once in a while you come across something that is worth pondering about.

Apple recently released a Mac OS update which was pulled later on due to stability issues. But the update reportedly contained some high-resolution cursors. Some believe that these high-res icons indicate that Apple is preparing for future hardware upgrades such as a Retina Display for upcoming Macs.

This definitely is not something that can be pushed aside since already there are rumors flying around regarding a higher-resolution screen for the much anticipated iPad 3. Maybe the company’s plans for this year include HiDPI screens.

According to John Gruber of Daring Fireball, the info on the improved icons, when read with the reports about some Mac Minis booting into HiDPI mode after the update, might be pointing towards “HiDPI Mac displays and/or HiDPI MacBooks. I.e.: retina display Macs“.

Just in case “HiDPI” passed by you like a speeding bullet, it is a new tech which gives you ultra-sharp graphic elements without making them smaller. On traditional displays, the increase of the screen’s pixel density results in smaller elements. With HiDPI, an icon on the screen will have the same size no matter how many pixels it uses. So, same size but more pixels will give you a sharper object.  Somewhat like vector graphics.

But, as always, we recommend a grain of salt for this as well. We will keep you updated on the matter. So stay tuned.