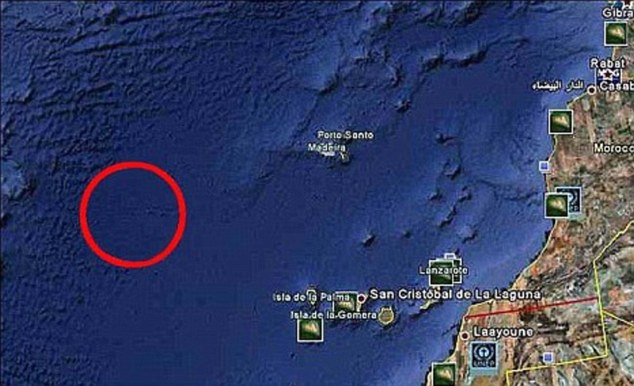 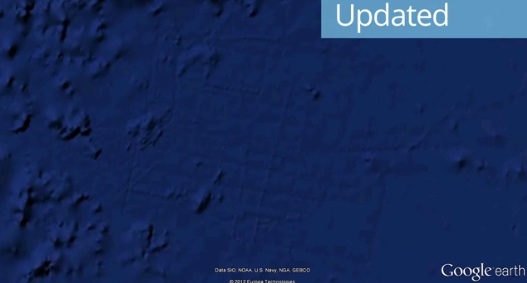 The lost city of Atlantis disappears again and who else could trigger the vanishing act in the 21st century other than Google!

The internet giant, in a drive to clean up, or rather upgrade, its ocean mapping system, has removed from Google Earth the image which was believed to be that of the lost city of Atlantis.

The image was discovered in 2009, giving the Atlantis hunters a ray of hope that it could be the remains of the ancient city as it lay in an area that was believed to be where the original city was located.

The image in question here was recorded in an area off the coast of Morocco called the Madeira Abyssal Plane.  It shows a grid system on the ocean floor, indicating possible city blocks according to believers, but the ever-skeptic Google had always maintained that it was caused by an error in its ship’s sound imaging instruments that was used to map the ocean floor.

What is evident is that the latest disappearance of Atlantis is an attempt by Google to improve the quality of Google Earth’s underwater imaging, a joint effort by the internet giants with Scripps Institute of Oceanography, the National Oceanic and Atmospheric Administration (NOAA) and the US Navy.

Scripps geophysicist David Sandwell was quoted by the institute’s website last week that “UCSD undergraduate students spent the past three years identifying and correcting the blunders as well as adding all the multi-beam echosounder data archived at the National Geophysical Data Center in Boulder, Colorado”.

The update coincides with the third anniversary of the launch of Google Earth’s 3D ocean. According to Google, 15 percent of the ocean floor (from an earlier 10 percent) is now visible at a resolution of 1km after the changes. Google Earth’s oceanic maps are now on par with the ones used by researchers.