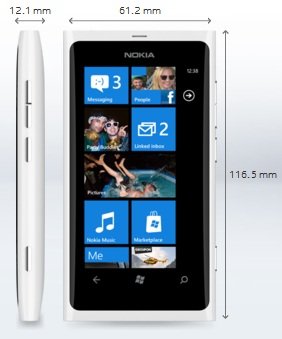 We all knew it was coming sooner rather than later, but now Nokia has officially announced that the white Lumia 800 will go on sale sometime later this month. It isn’t clear what regions the phone will come to first, though I would probably put my money on Europe and North America first.

There is really something about the clean look that white brings to the 800, and personally, I kind of prefer it to the original black phone. What do you think? Do you have a color preference when it comes to smartphones?

Espoo, Finland – Nokia announced today that the Nokia Lumia 800 will be available in white, beginning later this month.

“Since we began selling it late last year, the Nokia Lumia 800 has received rave reviews around the world,” said Ilari Nurmi, Vice President of Product Marketing, Nokia. “Now in white, the Lumia 800 brings with it an even more premium look and feel with its gloss finish, but packed with power and performance underneath its sleek body.”

More information about the Nokia Lumia 800 can be found at www.nokia.com/lumia800.

About Nokia
Nokia is a global leader in mobile communications whose products have become an integral part of the lives of people around the world. Every day, more than 1.3 billion people use their Nokia to capture and share experiences, access information, find their way or simply to speak to one another. Nokia’s technological and design innovations have made its brand one of the most recognized in the world. For more information, visit http://www.nokia.com/about-nokia.