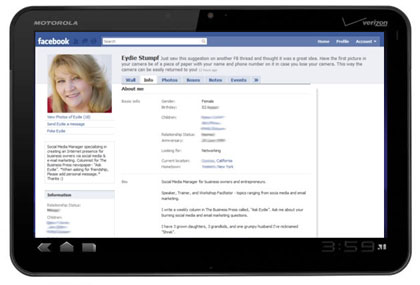 While other companies make absolutely sure that their customers’ data are as away from hackers as possible, Motorola appears to have taken a different step, although accidentally. If you are one among those who returned a Motorola Xoom Android tablet between March and October 2011, we encourage you to keep an eye on your credit score, because one extremely lucky hacker dude might be playing with your accounts at the moment.

Motorola has confirmed that out of 6,200 refurbished Xoom Wi-Fi tablets, 100 of them were still bearing previous customers’ data when they were sold on Woot.com. That means data such as email messages, passwords, bank account details, and media like photos and videos could have been on those devices when they reached the hands of new customers. If such info reaches the wrong hands, the original users might end up having a lot of sleepless nights in the future.

Motorola hasn’t so far given out details regarding how exactly this happened. They are just saying that the “information that may be accessible to the purchasers of the impacted refurbished tablets may include any information that the original user elected to store on the tablet”.

But to make sure that the previous customers do not end up becoming victims of information abuse, the company is offering a free 2-year subscription to Experian ProtectMyID identity theft alert service. (If you returned a Xoom between March and October 2011, you can sign up for the service by calling (866) 926-9803).

Motorola intends to retrieve the data loaded tablets from the new buyers. If you bought a Xoom tablet from Woot.com between October and December 2011, you can check whether your device is one of those 100 devices.

And to stay away from such troubles in the future, we recommend you to reset your device to factory settings before returning it to the company or selling it to someone, if it powers on that is. You can also keep the memory card with you or just erase everything on it.