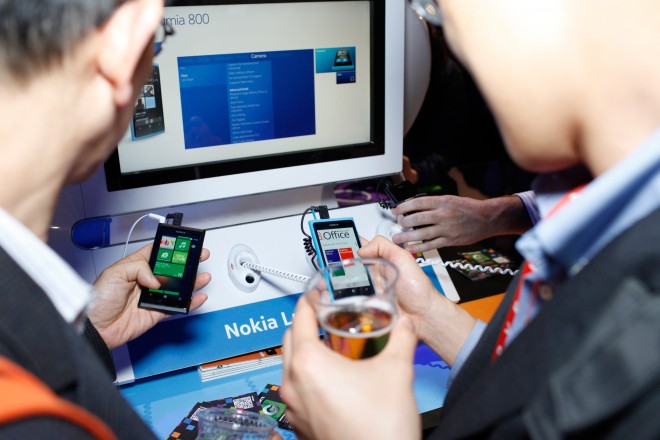 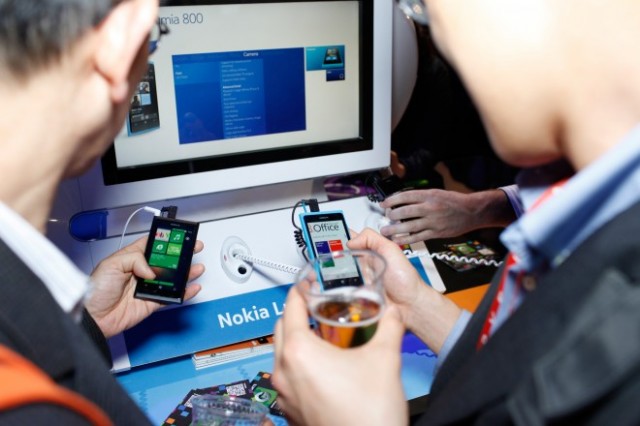 Windows Phone as an OS certainly doesn’t lead the pack, at a party there’s usually one guy with a Windows Phone while everyone else is on Android or iOS.  And this is due to the fact that it is often considered to be lagging behind in features and release time. With the new touch-friendly Windows 8 on its way later this year, Microsoft will try its hardest again to “catch up” and surpass the competition.  It is imperative that Windows Phone 8 becomes something more than a release to bring them up to “the bar,” because well, that’s all Microsoft has done in the past.  And if its future tablet and smartphone initiatives dream of becoming a staple gadget in someones hand, they’re simply going to have to do more.

“I am very excited to hear that Microsoft is making a strong push to catch up to the iOS and Android platforms,” Sina Mobasser, co-founder of iOS and Windows Phone app BarMax said. “But while the specs that were leaked are certainly appetizing, they will not be enough.” Mobasser thinks Microsoft is still “holding a lot of cards close to its chest,” and we have to agree.

Just last week we talked about a leak regarding Windows Phone Apollo, today we are going to try hard to answer another big question:
How does Apollo stack up against Android (or even iOS)? Are it’s new features enough to draw new users in?

First off, unlike the current iteration of Windows Phone, Apollo will offer multi-core processors and expandable storage through microSD.

In comparison, iOS doesn’t have expandable microSD ports but certainly does do multi-core. As for Android, while they do both just fine, which essentially means this is one area where Microsoft simply ‘catches up’.

Apollo is set to use NFC technology to bring us mobile payments allowing you to simply swipe your phone onto a point-of-purchase RFID tag to buy coffee, consumables, and other awesome goods. This is very similar to what Google is attempting with its “Google Wallet” platform.  The big difference here is that Microsoft’s NFC system will play by carrier rules due to its ability to be directly controlled and branded by the carriers. So, at least in theory this trumps Android’s Wallet, and for now at least, even iOS has a no direct comparable ‘wallet’ feature.

There is one of the areas where Apollo is really going to shine: direct integration as a companion experience to the upcoming Windows 8 OS. It seems that Windows Phone 8 is actually switching out to the NT kernel (same core as standard Windows), and apps should easily be able to convert between both platforms, something that will make developers happy.

Additionally, both will have very similar interfaces and experiences, making WP feel more like an extension of our desktop/laptop world, and not something completely foreign.

It is no secret that both iOS and Android win here, Microsoft hopes that by the time Apollo arrives it has at least 100,000 apps in the market.

Both Windows 8 and Apollo tout new features that supposedly are designed to make tracking your mobile usage much easier than in the past. Both have “DataSmart” as a live tile that breaks down your overall usage and automatically tries to go for WIFI whenever possible over cellular connections to data.  This seems to be an area that Android 4 has improved on quite a bit, so overall I’d say WP just plays catch up here.

Another area where Windows Phone could likey shine above the competition is in enterprise. WP8 will offer the same native BitLocker encryption that is found is Windows 8, meaning 128-bit, full-disk encryption. Additionally, companies will be allowed to create personalized, proprietary software for their employees with Windows Phone 8.

Windows Phone Apollo looks to finally play catch up in a lot of different areas that Apple and Google currently lead the pack on. Whether or not its enough to pull in users remains to be seen.

Either way, 2012 looks to be an interesting year for Windows and Microsoft.