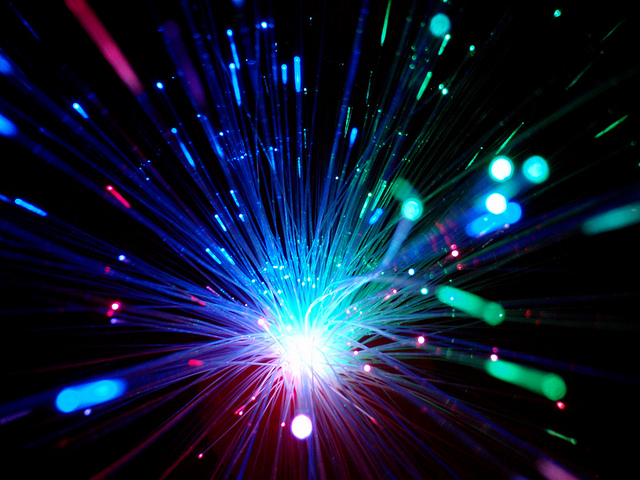 Researchers at Sandia’s National Laboratories are not just developing smart bullets for snipers. They are also working on something, well, a little more friendly. It’s a new power-over-fiber communications cable, specifically, a type of cable that provides both data and optical power from the same cord. We’ve heard about PoE, this could be the next version of that by sending data and power at the speed of light.

The new data/power cable is the handy work of inventors Titus Appel and Steve Sanderson (photo below).  At the moment PoF is currently limited to a fairly low capacity uses, so it won’t be bringing full power to your house while providing data, at least not any time soon. So what is PoF all about and what is aimed at? Imagine using it to power small devices like specialty sensors that could get both their power-source and data straight from the same cable line. 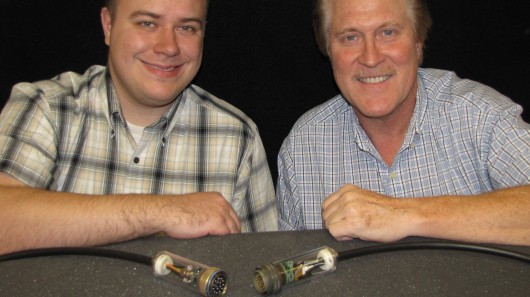 In the cable’s present incarnation, optical power goes through a single glass fiber, a laser diode at one end of that fiber emits light, while a miniaturized photovoltaic cell at the other end converts it into electricity. Power is only delivered on demand in order to save energy. PoF could change the way certain applications in fields involving security and safety get done, for example, they’ve already started testing it for uses such as low-energy detonator firing cables.

For now, the team is focusing on reducing the size, weight and costs associated with the technology while making it rugged enough for everyday use.