What’s that? You thought the Parrot AR Drone was pretty cool? What if I told you that researchers at the University of Pennsylvania have developed a squadron of quadrocopters that can organize themselves into a swarm, flying in formation and automatically evading obstacles? Yes, Skynet is here and I, for one, welcome our robot overlords.

Developed by the General Robotics, Automation, Sensing and Perception Lab (GRASP), these nano quadrocopters (or quadrotors, if you prefer) are able to fly in various complex formations, navigating through the environment with complex “autonomous swarm behavior.” The very sound of the swarm in the video below gives me chills.

I’m instantly reminded of Michael Crichton’s Prey. The thing with a swarm is that they have a “collective intelligence” of sorts, so it doesn’t matter if you take out one or two units from the group. They operate as a collective, making them virtually unstoppable. Where’s John Connor when you need him? 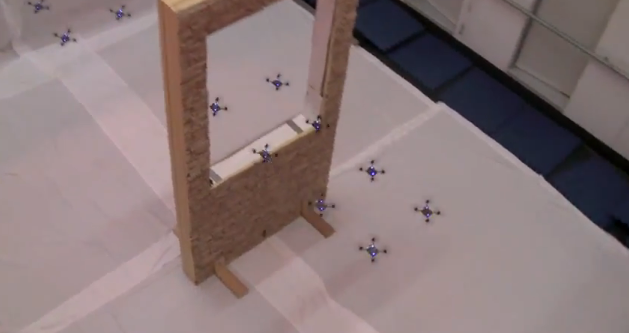 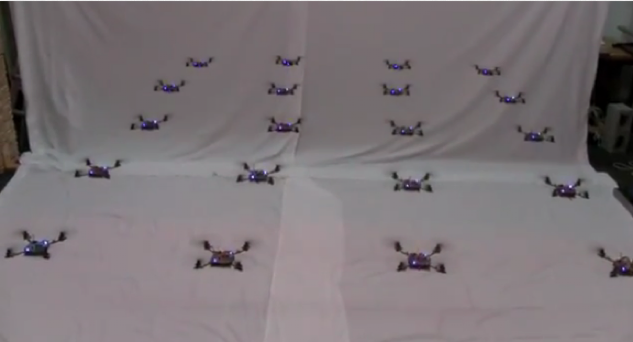