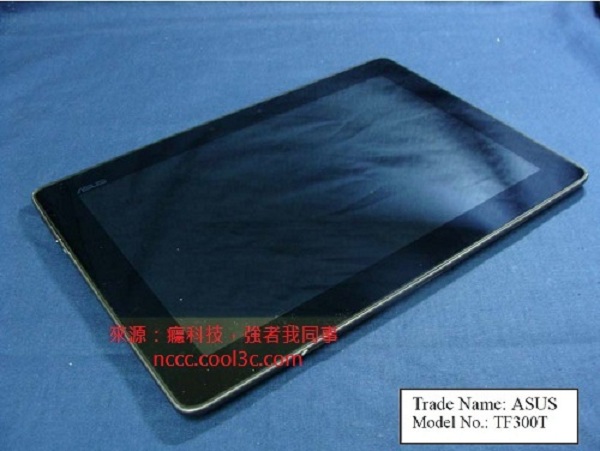 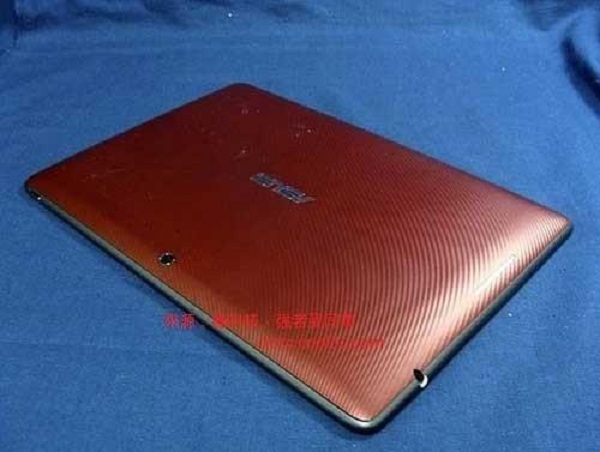 Ever since the recent launch of the Transformer Prime Android tablet, Asus has been busy with the slate’s issues. But that does not stop Asus from adding new devices to their tablet line-up. We already know that the company is set to introduce a budget 7-inch slate later in the second quarter. But now, it appears like there is yet another tablet.

The leaked pictures of what is being called the ASUS TF300T are flying around the web at the moment. According to the Taiwanese website NCCC, the mysterious device could be the followup to the Transformer Prime.

The “TF300T” code name of the 10.1-inch slate is numerically higher when compared to its predecessors. As you might know, the original Transformer is known as the TF101, while the Prime goes by the moniker TF201.

Unfortunately, no details are available regarding the specs of the device. Looking at the pictures, it appears to have a textured back which is similar to that of the original Transformer.

The rear could also be ABS plastic (different from the Prime’s which is aluminum), which suggests that the above device could possibly be the first 3G/4G equipped tablet from Asus, although it does have a metallic look to it, so it could be either.  Asus may be planning to show this one off at the upcoming Mobile World Congress later this month.