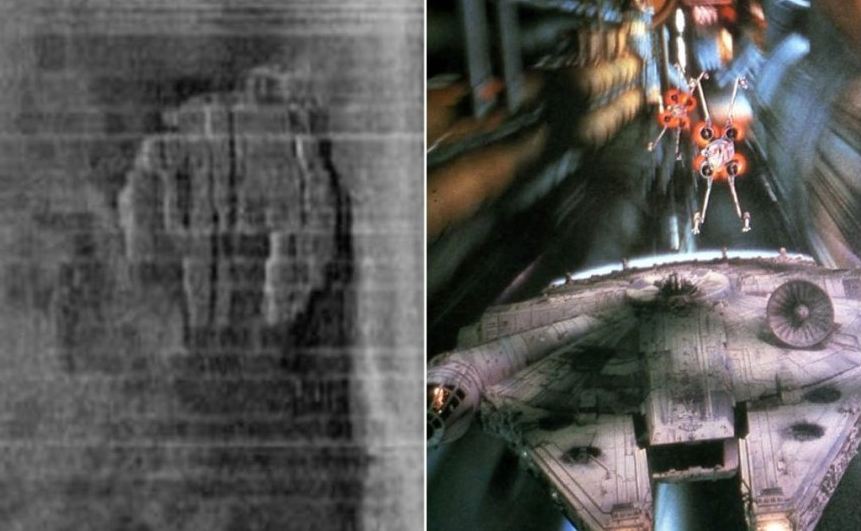 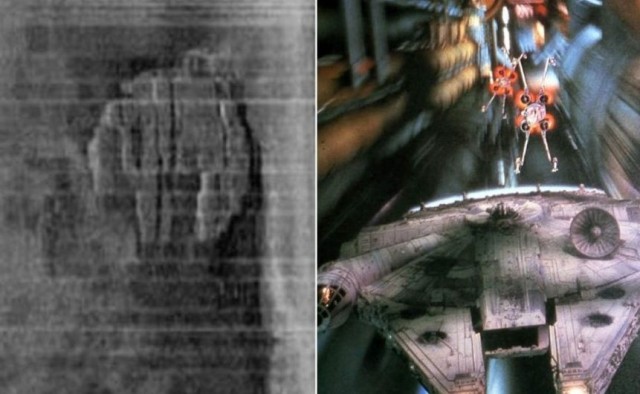 Are we alone in the universe? Or have we been visited by extraterrestial tourists? We’re getting more and more evidence of the latter and it seems the latest discovery almost has a Star Wars connection to it.

Shipwreck hunters have long since recognized that the Baltic Sea is a hot bed for finding interesting objects. Andreas Olsson, a sonar expert, says that they know of about 20,000 objects at the bottom of the sea, but he thinks “there may be more than 100,000.” And on a recent visit, Peter Lindberg thinks they found a UFO.

Well, it’s not exactly a flying object anymore, given that it’s sunken to the bottom of the sea, but it could be an extraterrestrial aircraft. And then, about 200 meters away from this original find, they’ve apparently found a “disc-like shape” that looks a little too much like the Millennium Falcon. That’s just visual evidence, though, and they haven’t excavatated it out of the water yet.

Check out the CNN video for more info.