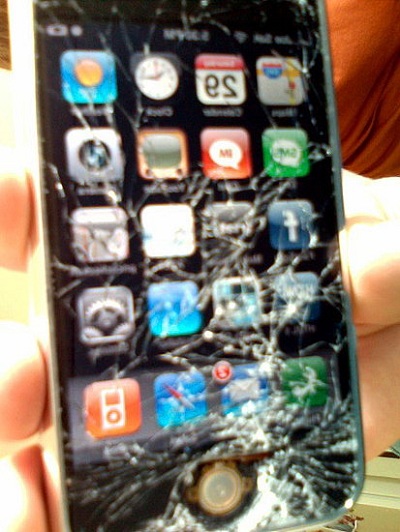 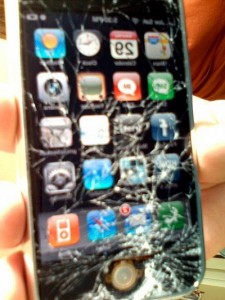 As long as more and more mobile phones are churned out, we will also see the arrival of new phone cases. But do we really need those cases? According to some people, we don’t. But do you really want to end up holding a phone similar to the one posted alongside? Or worse than that, buy a new one?

According to an article on Gizmodo, phone cases are unnatural. The phones that are painstakingly designed by different manufacturers should be allowed to “roam free, nude, as nature intended”, showing off the beautiful designs to everyone. And it’s not worth all the protection as people will end up upgrading to the latest device as soon as their two-year contract is up. The author has even said that a few scratches will also be a great memory, a reminder of who you used to be. And apparently the techies at the above said website are united on the matter as revealed by a quick survey.

But we are sticking to another formula, no phone case = broken phone. And every human being has the tendency to become clumsy at some point in their lifetime. And most families have at least one Bart Simpson type in their home to bring about a few scratches on their most beloved gadgets. So which way do you go?

We can take as example one of the most popular devices out there – the Apple iPhone. Both the faces of the iPhone are made up of glass and those faces have been placed at a raised position above the frame. And the bezel around the edge of the glass is very tiny as well. The conclusion: the device has not been designed to be used without a case.

And of course, it’s fun to show off our latest tech to everyone. But what if there is nothing left to show off? And most people find their device as precious things; they want to keep it with them as long as possible. There is no two year limit to their gadget love. And memories? Seriously, do you want to end up remembering the night you got so drunk that you used your phone as a foot rug?

And we are tempted to say something about that nature intended thing that they were talking about. Evolution did not design man at first with clothes on. Does that mean we should also set ourselves free?