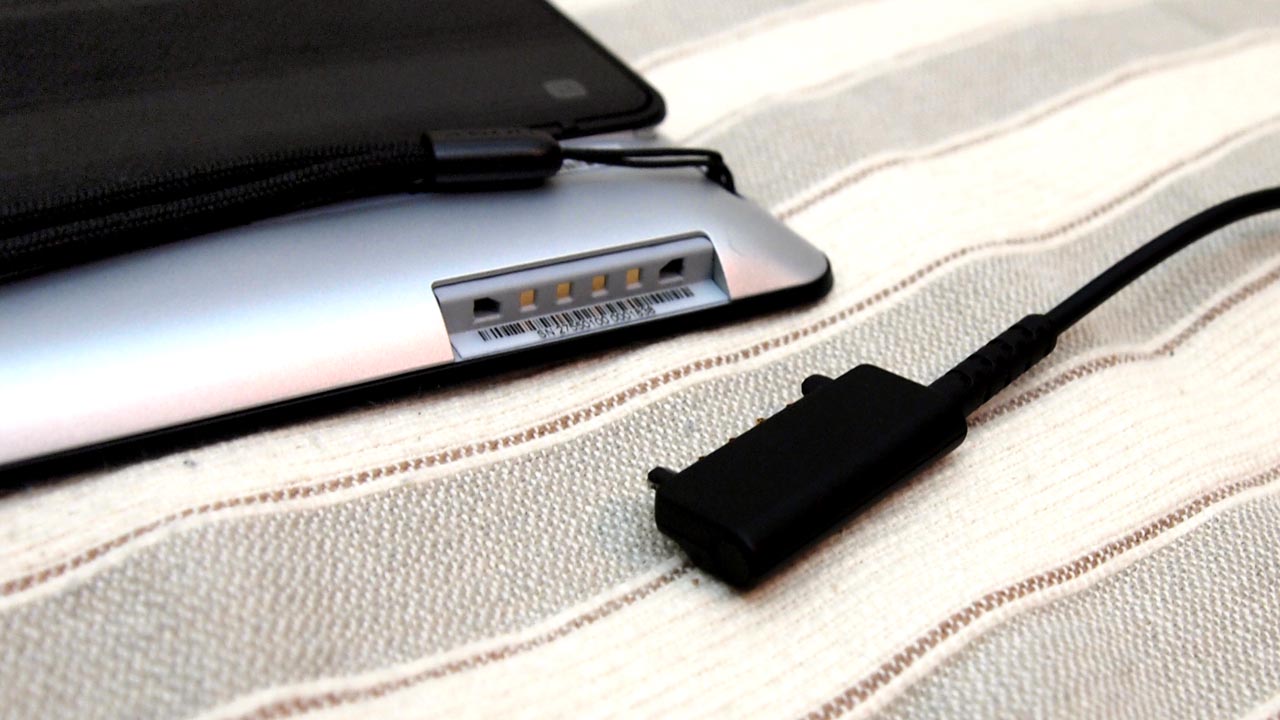 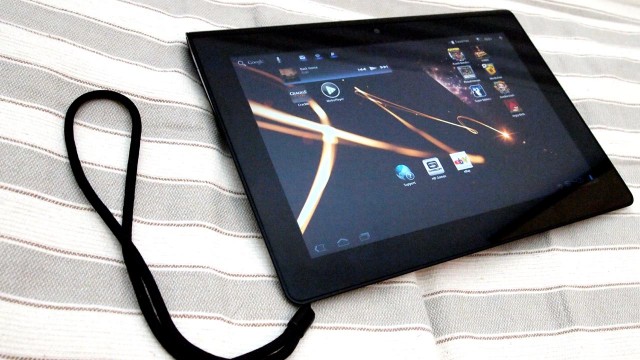 Consumers have a lot of choices when it comes to tablets these days. There’s the iPad 2, of course, but you’ve also got an assortment of Android tablets, in addition to cheaper alternatives like the Kindle Fire. In the world of Honeycomb tablets, though, it can sometimes be difficult to really differentiate between the different offerings. Sony is certainly giving it a try.

You might remember when we first previewed the Sony Tablet S and now we’ve got our hands on one for a more comprehensive review. How different is it compared to all the other Honeycomb tablets that are already out there? What sets it apart from the pack that would make you choose it over the others? Read on to find out.

On paper, the Sony Tablet S is going to sound a lot like the competitors. It gets its power from the standard NVIDIA Tegra 2 processor, backed by 1GB of RAM and your choice of 16GB or 32GB of internal storage. They’ve opted for a somewhat nonstandard 9.4-inch touchscreen, but most people will just place this in the same bin as the 10-inchers. One big differentiating feature is the inclusion of a full size SD card slot, whereas many other tablets go with microSD. That’s great for travel when you might take the photos from your camera and plunk the SD card in here for a bigger viewing experience.

Here’s a quick overview video that I put together that better illustrates some of these features.

The 5MP rear camera and VGA front camera do the job that they need to do, but they’re far from being the top of the league. Rounding out the specs are the usual array of WiFi, Bluetooth, microUSB and Flash support. There’s also infrared support, so you can control all of your home theater equipment with the right apps too. 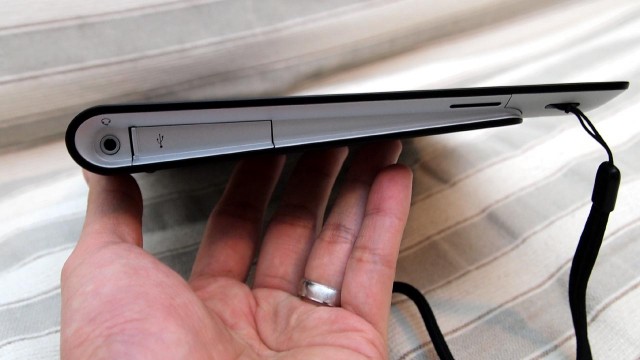 Another big way that Sony is trying to separate its Tablet S from the rest of the pack is with the physical design. Instead of going with a regular flat slate, the Tablet S has a unique “folded” design that is meant to mirror what you get when you open a page of a magazine and fold it over. This makes for a wedge-like profile.

In some ways, this works, since it creates a slight angle when you place the tablet on a flat surface. It also creates these indented grooves on the sides, so the buttons are less likely to be pressed accidentally. I’m not saying that it’s necessarily superior to the more conventional flat sides, but it does make the experience just a little different. 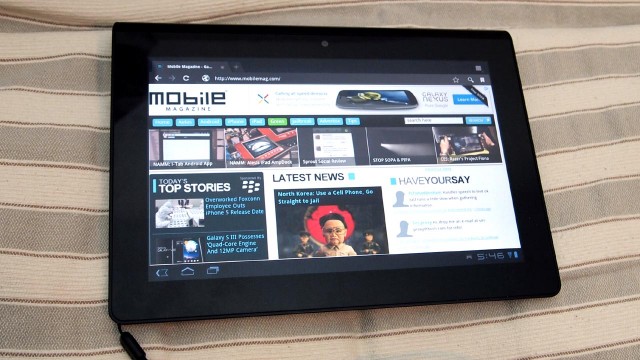 Using the Sony Tablet S as an everyday device, I don’t have a lot in terms of deal-breaking complaints. Flipping between the different home screens and quickly scrolling through webpages isn’t quite as snappy as it could be, but it’s not so painfully slow as to render it frustrating. I tried a variety of media streaming apps, games, and so on to see how it stood up and the Tablet S is perfectly suitable.

In running it through the Quadrant Standard benchmark, though, I found that most of the scores ranged from about 1,550 to 1,750 or so. This isn’t so painfully useless, but it is toward the lower end of the spectrum. This is the same range as the Motorola Xoom, but a fair bit behind the 2100 range that the Galaxy Tab 10.1 is able to achieve.

It’s possible that the ICS update could help this, but that’s all really conjecture at this point. 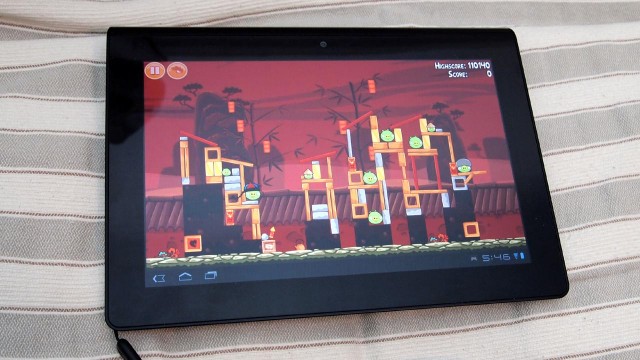 Just like the Sony Ericsson Xperia Play smartphone, the Tablet S comes with PlayStation certification. In the grand scheme of things, this really won’t make that much of a difference to most tablet users, but it does mean that this tablet is somewhat optimized for the Sony mobile gamer. And yes, I know that Angry Birds Seasons isn’t a PlayStation game. 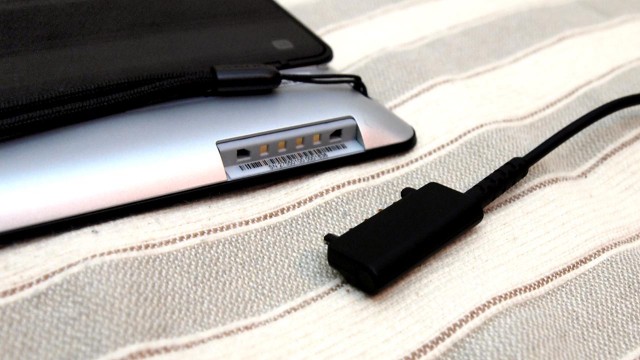 What makes you special? It’s the question that we ask of just about every tablet that we see, since they’re all so similar. They come with different sized screens, but the processing power is roughly similar, as are battery life and general daily performance. You are stuck with a proprietary charging port, complete with a power supply brick, but most other Android tablets don’t charge over USB either. I do like the full size SD card slot, though, and the “folded” wedge design is growing on me.

The recent price cut might help a little, but just about every other manufacturer of Honeycomb tablets is doing much the same thing. At the end of the day, the Sony Tablet S is perfectly adequate, but it’s also not terribly special either. 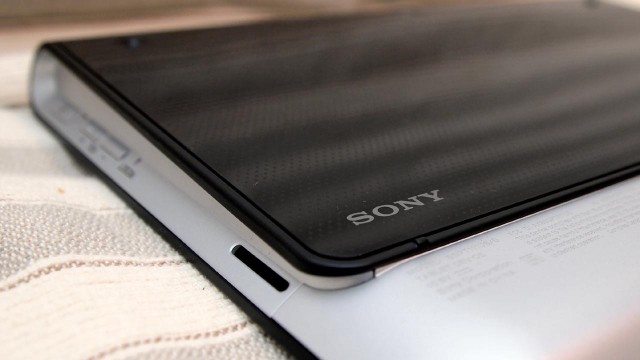