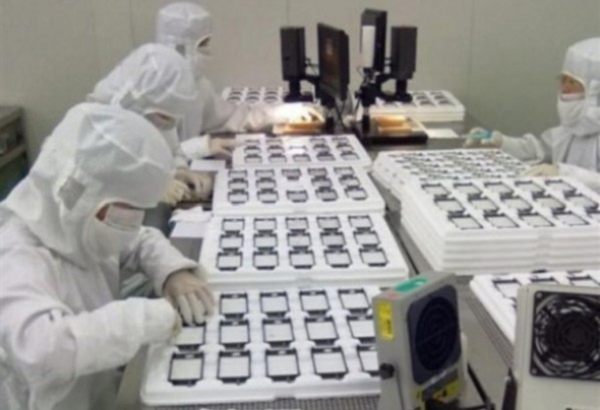 We have seen a lot of iPhone 5 rumors earlier, but this new one seems to be pretty trustworthy. It comes to us courtesy of the folks over at 9to5Mac who appear to have got the latest info on the next generation iPhone, tentatively called iPhone 5, via a Foxconn worker.

According to the new rumor, the iPhone 5 is ready for production at the moment and the company is planning a summer launch for it. The source has also revealed that there are many sample devices, each differing slightly from the others. So it’s impossible to tell which device will be final.

But all of these samples are equipped with 4-inch or larger screens, with one of them being made by LG. None of the samples have a MacBook Air-inspired teardrop shape (we don’t think that rumor is coming up again). They are symmetrically shaped and not a single one is having the same compact form factor as the iPhone 4 or 4S.

If the device is indeed coming with a larger screen, that will finally put the iPhone in the same display league as many of the competing Android handsets such as the Droid RAZR.

And we don’t think too many grains of salt are needed for this new rumor. Unlike many other rumors which bring out a device’s specs and tons of speculations, this new one is very vague. We have not got any exact display size, no blurry pictures of the handset and nothing about what’s under the hood. If it was made up, it won’t be too difficult for someone to pick a few possible specs.

And there is also the mentioning of the samples. As you might know, reviewing samples before selecting the final model is a standard procedure.  And to add to all that, this is the same source who tipped on the iPhone 5 last year that the device was not coming and suggested we should expect the iPhone 4S. The rest is history.