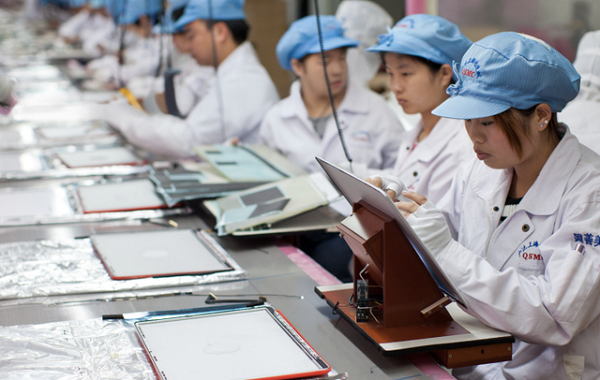 Apple has just had their most profitable quarter ever and the company’s shareholders are celebrating this week. But it appears like some of that profit has come after the suffering of many thousands of people. According to the company’s former executives, Apple is culpable for not addressing poor working conditions at their supplier factories in China.

That’s according to a new comprehensive article on the New York Times. The report quotes Apple’s former executives as saying that the company has ignored “labor abuses” for years.

We know that reports about poor working environments at Apple’s supplier factories have come up earlier. But this is the very first time that the company’s former executives have come forward, although anonymously, against Apple’s policies.

According to one of them, “We’ve known about labor abuses in some factories for four years, and they’re still going on. Why? Because the system works for us. Suppliers would change everything tomorrow if Apple told them they didn’t have another choice”. But Apple won’t tell them as the company always demand perfect products and slim margins. And the company’s notorious secrecy influences everything.

An example which reveals Apple’s culpability is the case of the explosion which took place at a Foxconn factory caused by aluminum dust. If Apple had ordered consistent ventilation standards across all their supplier factories after that incident, the second explosion at a different factory would not have happened.

But Apple has conducted inspections at an increasing rate for the past few years. But it is not known whether they would drop major suppliers, such as Foxconn, if faults were found. As another Apple executive said, “Noncompliance is tolerated, as long as the suppliers promise to try harder next time. If we meant business, core violations would disappear“. And Foxconn has denied the accusations of labor abuses, as expected.

So, what do you think? Is Apple culpable? And what about the consumers, are they blameworthy as well for buying products and not demanding better labor policies from the companies?

Check out the NYT website to take a peek at their full article. It’s definitely worth the read.