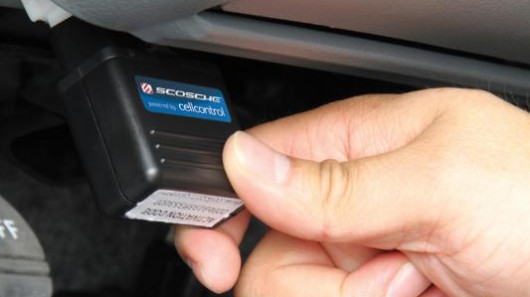 It is no secret that using a cellphone in a car can be very distracting, and ultimately can contribute to the likelihood that you’ll end up in an accident. This is even more true for younger drivers, such as teens.  You can try to talk to your kids about the dangers of talking/texting while driving, which might help prevent the problem, in other cases they will just retaliate. So what’s a parent to do? Leave it to Scosche’s cellControl, a unique device that is installed in your vehicle’s ODBII connector to prevent calls and texts while a vehicle is in motion. The cellControl device uses bluetooth and works with almost all major cellphones, with the major exception of the iPhone.  While an interesting concept, it does have some limitations. You must already have a special app installed on the phone in order for it to work with the cellControl device so it doesn’t really prevent your teen from using another friend’s phone in the car, for example.  For those that are interested, you can purchase the cellControl unit from the Scosche website for US$129.95.  I think a more useful way to do this would be to just detect the speed of movement on the phone via GPS positioning, if it exceeds that of a human on foot, turn off radio antenna.  Could probably be a free download from the app store too.