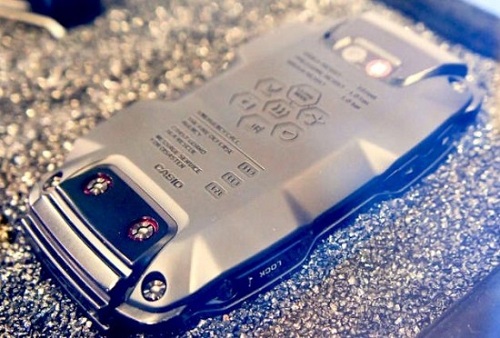 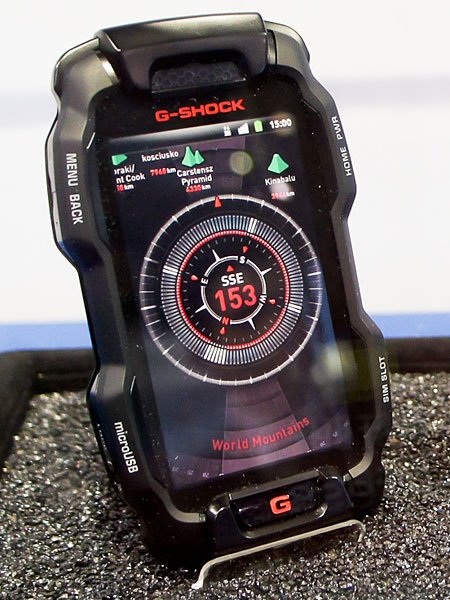 Waiting for a really, really rugged Android smartphone that looks like it’s from a bond film? The device that you see above might be what you are looking for. The G-Shock smartphone, which is the latest in a range of rugged smartphones from Casio, was apparently one we missed at CES 2012 and it’s full of testosterone.

The Casio G-Shock follows the rugged G’zOne Commando from the company. But the new device is the toughest of the two and a bit ugly as well. But you can’t have everything all at once, right?

As you might have guessed by now, the G-Shock is coming with all kinds of ‘-resistant’ prefixes, such as shock resistant (up to 10 feet), water resistant to 1.0 bar (10m) and pressure resistant to 1.0 bar. And, as you can see, the phone also looks similar to the company’s successful line of durable wrist watches.

The G-Shock features a metal case back and over there you will find exposed screws as well. On the software side, it will be running Android (most probably Gingerbread), but you won’t find the usual capacitive buttons at the bottom. They have been placed on the sides near the corners.

No hints regarding pricing and availability at the moment. But we will keep you updated. In the meantime, don’t drop your current phone to hard.