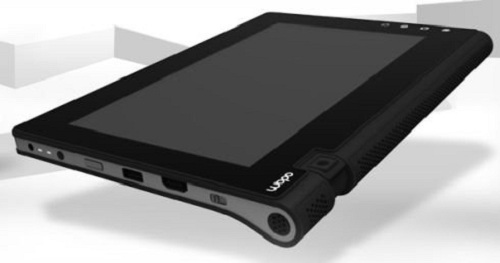 Notion Ink’s first attempt with the Adam tablet to gain ground in the tablet market turned out to be a very painful experience for the company, as well as for many users. They are hoping to do better this time around and have announced their upcoming Adam II tablet; though earlier they have said that the successor to the Adam will be called “Eve”.

The new device is in its planning stages and it will arrive with a chip from Texas Instruments’ OMAP44xx range. As you might remember, the original tablet featured an NVIDIA Tegra. According to the company, the new chip will improve performance, multimedia playback and more. The Adam 2 will be running Google’s Ice Cream Sandwich OS and will also feature TI’s Wi-Link 7.0 (Wi-Fi, Bluetooth, GPS and FM transmit/receive in a single chipset) and Phoenix Audio Power Amplifiers, along with PowerVR SGX5xx GPU.

No word on what type of display it will feature. But they have also announced that the tablet is coming with “Modular Based Software Architecture” which apparently enables drag-and-drop application development. This, according to the company, will allow non-programmers to develop custom apps and games.

More specs and hints on pricing and availability should be available soon. We will keep you updated. In the meantime you can share your thoughts about the upcoming tablet. Do you think that it will turn out to be a threat to the iPad?