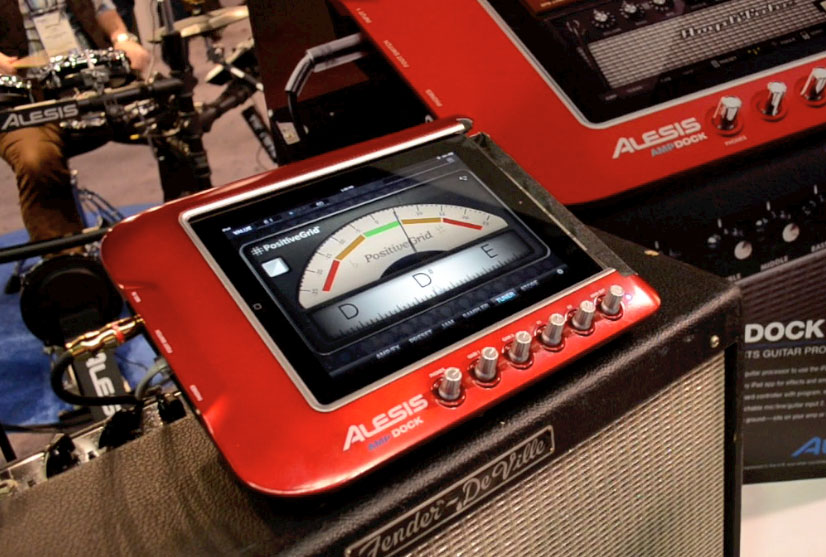 Alesis released their new AmpDock yesterday at NAMM 2012, we got to get a first hand look at its features and specs. The AmpDock supports both the iPad and iPad 2, so we’re assuming it will work with the iPad 3 when that is released too as it looks like their’s quite a bit of play in the mounting area for variations in design.

Although it looks a little cheap with the plastic foot pedal and plastic knobs, the ability to turn into any amplifier simply by loading up an app in your iPad is quite special. Expect it July or late Q2 for $300. 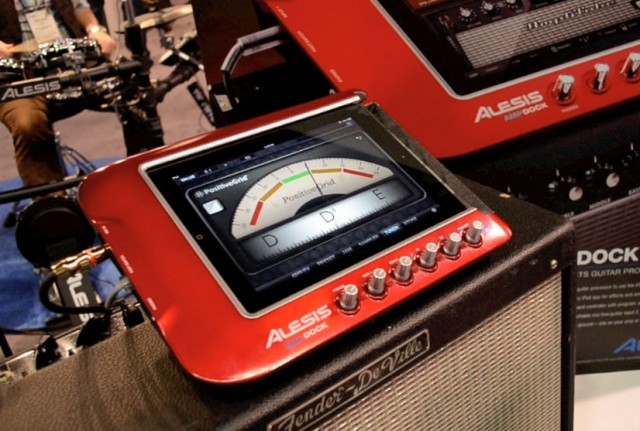