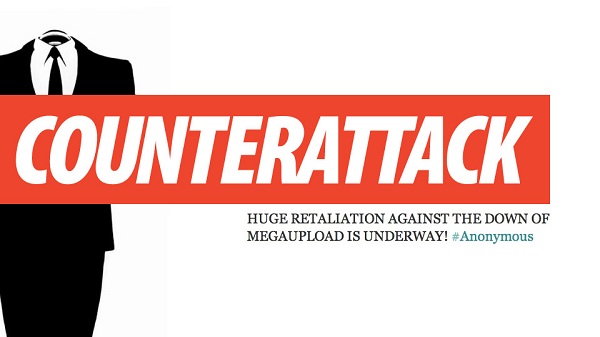 When the FBI and the DOJ seized Megaupload earlier, they certainly might have guessed that a retaliatory attack will arrive at any moment. But unfortunately they weren’t prepared for the strike that came later on from Anonymous which has now left quite a number of sites completely dead.

As you already know, Megaupload is now officially dead and a few of its employees are in custody as well. The hacker group that calls itself Anonymous, which was already not too impressed with the proposed antipiracy bills, boiled over after the attack on the website and has flown into a hacking fury.

Anonymous has launched a counterattack against the websites of the DOJ (DoJ.gov), the Recording Industry Association of America (RIAA), Universal Music Group (UMG), FBI and many other websites related to the movie and music industries.

To the horror of many industry related sites, the DDoS attack, which appears to be one of the biggest coordinated attacks ever assembled by the hacking collective, is still ongoing at the moment. Although many sites managed to come alive, many others are still suffering.

Anonymous has released a statement following the attacks. Check it out here.