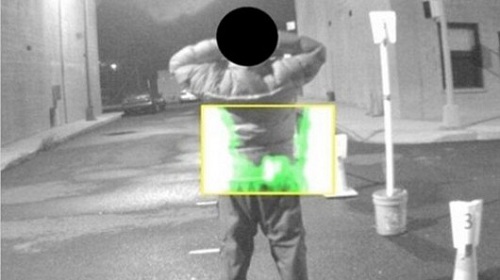 It appears like those of you out there who are fond of carrying a weapon are going to have a tough time doing that. The New York Police Department has just announced a new project which involves the developing of a portable scanner that can remotely detect a concealed weapon on a body.  As you know, frisking someone who is carrying a lethal weapon is certainly a dangerous duty for police officers, especially if that person is not happy about getting arrested. But officers from NYPD (and most probably other departments as well, later on) won’t have to worry about it for too long.  The NYPD started working on the portable scanner three years ago after teaming up with the United States Department of Defense.  The device makes use of infrared light rays to image radiation that is coming from a person’s body. If the person is carrying a metal object such as a gun, it will prevent the rays from reaching the part of the body where the object is. This will result in the appearance of an outline of that object on the scanner.  At the moment, the device is capable of detecting weapons from a distance of about one meter. But they are expecting to increase its range to at least 25 meters. They are planning to mount it on a police vehicle for using it on suspects, and frisking will be avoided.  One day in the future it will probably be in HUDs.