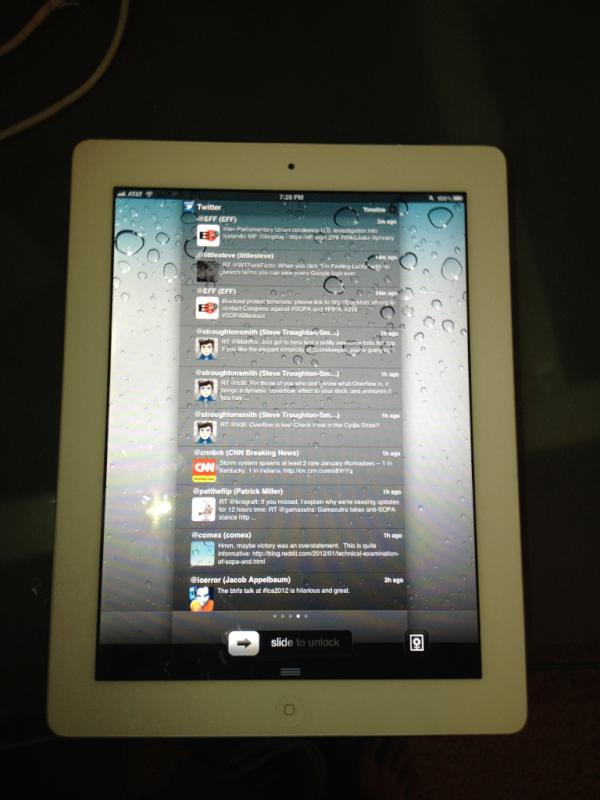 Dream Team is making some major headway when it comes to jailbreaking the iPhone 4S and iPad 2 running iOS 5.0.1. Pod2g and others on the team have been working hard to jailbreak the iPhone 4S and iPad 2, both of these devices use the A5 chip which has proven to be a tough one to crack. But the iOS Hackers do not give up easily. Last few days have been very exciting and much progress has been made, pod2g posted a video on youtube showing an iPhone 4S with untethered Jailbreak on iOS 5.0.1.

To be noted on a few days earlier pod2g had confirmed on his blog ” jailbreak is only a matter of days away”.

Much progress has been made on the iPad 2 Jailbreak as well. Only a day after pod2g demoed the iPhone 4S jailbreak, he posted an image showing an iPad 2 jailbroken and running Cydia on iOS 5.0.1. Since both iPhone 4S and iPad 2 use A5 chip, the jailbreak will work on both devices once it is released into the wild. 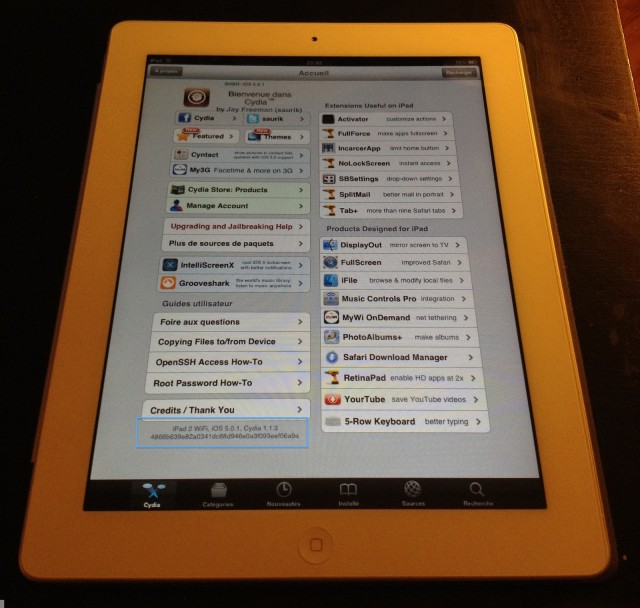 @planetbeing also tweeted a photo of an iPad 2 that has been jailbroken. He confirmed that the popular Jailbreak tweak “IntelliScreenX” that he helped write works on the iPad 2 right out of the Box.

The iPad 2 and iPhone 4S jailbreak is Almost here! As of right now jailbreaking the iPhone 4S and iPad 2 has only been successful on the iOS 5.0.1.

If you are looking forward to jailbreaking your iPhone 4S or iPad 2, if you haven’t already we suggest that you upgrade your iDevice to iOS 5.0.1 as fast as possible via iTunes. Apple may release an iOS update to counter the jailbreak. If your device happens to be not the iOS 5.0.1 and Apple releases a new version you will not be able to jailbreak your iPhone 4S or iPad 2. You can also back up the SHSH blobs of your iDevice in order to make sure you can downgrade your iDevice to iOS 5.0.1 in future by using TinyUmbrella.

[Update Jan.17 4:26PM]
Concerns Unlocking iPhone 4S –  iPhone 4S & iPad 2 Jailbreak will also be released for iOS 5.0
@MuscleNerd has confirmed that the untethered jailbreak for the iPhone 4S will be able to jailbreak any iPhone 4S on iOS 5.0!  So there is no need to update your iDevice to iOS 5.0.1 if you do not wish to update.
Important : If you own an iPhone 4S and want to unlock it, @MuscleNerd suggests that you stay on iOS 5.0. Since the jailbreak will now be released for IOS 5.0 as well, it makes total sense to keep your iPhone 4S’s baseband at the lowest possible version. If you have upgraded to iOS 5.0.1 you can still downgrade to iOS 5.0. iOS 5.0 is preffered if you want to unlock your iPhone 4S since the baseband is different on both of these iOS versions, it is more likely that an unlock will be discovered on an earlier build then the newer one.  There is no guaranty as to if the unlock will be found for sure, but in this case @MuscleNerd had previously stated that possibility of an  iPhone 4S unlock was looking “very promising.”
How to Downgrade from IOS 5.0.1 to iOS 5.0

[ Source ]
Disclaimer: This information is for informational purposes only.  We do not guarantee or warrant any information and assume no responsibility or liability for any outcome which may occur, either desired or implied, by the performance of any such actions described on this site.