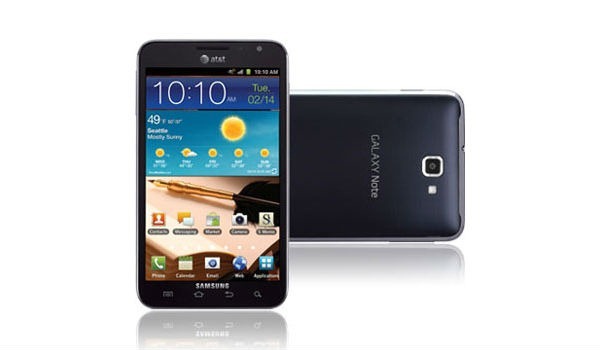 The Samsung Galaxy Note was one among the popular devices to be shown off at CES 2012. The device turned out to be quite a head turner with its 5.3 inch HD Super AMOLED display and dual-core CPU, and is also 4G LTE enabled. But many were disappointed as the device was announced only for AT&T. But now, according to a new rumor, the device appears to be headed to other carriers as well.

The Galaxy Note will hit both Verizon and Sprint during the first half of 2012, and will possibly be called the Samsung Galaxy Journal. That’s according to Industry Analyst Paul Mueller who spoke with the Examiner.

It will definitely be great if the device arrives on two more carriers, but so far we haven’t got any confirmation whether it will actually happen. But that does not mean it will not happen. We hope its coming as we found it to be an awesome device from our hands-on experience.

Back in July last year, the same Paul Mueller indicated that Verizon would be the first carrier in the US to launch the Samsung Galaxy S II (as the Samsung Function). But that rumor turned out to be very wrong. So we better take the current rumor with a pinch of salt.

Just to let you know, a CDMA version of the Galaxy Note does not exist anywhere on the planet. But it is possible to make one and it will be a great experience to use that on Verizon’s extremely fast network.

We will keep you updated on the matter. So stay tuned.