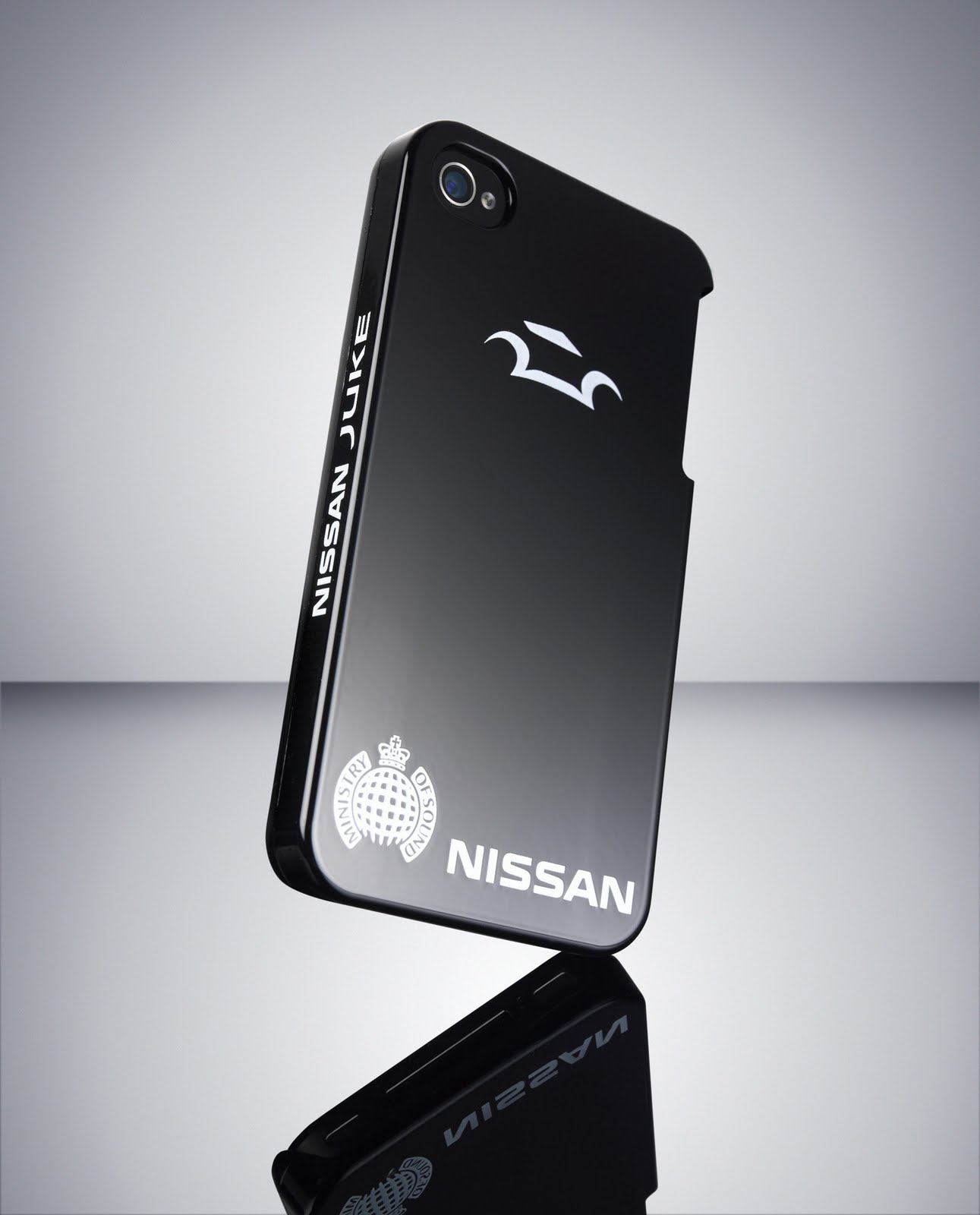 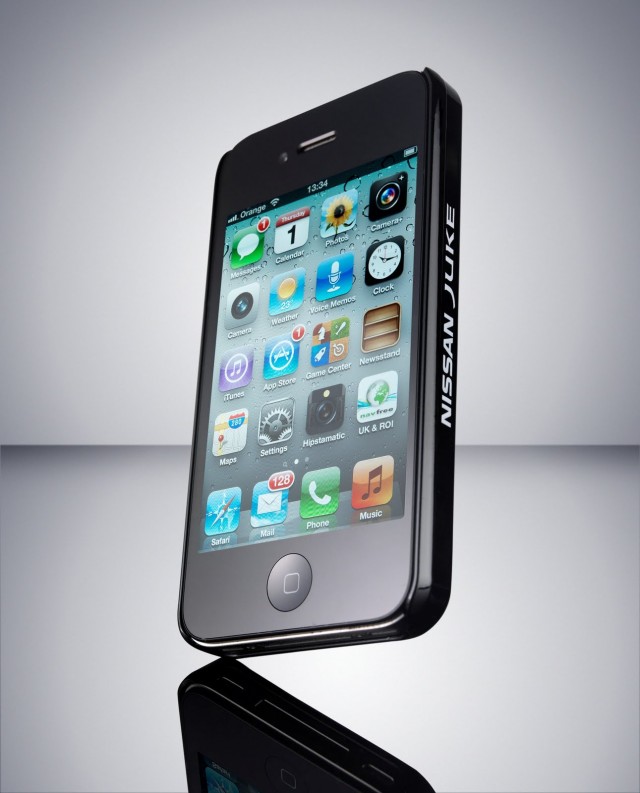 When I was in Las Vegas last week for CES, I was inundated with the onslaught of iPhone cases. It seemed like everyone was making them. Monday, Nissan announced they are joining the iPhone case business too, but the automaker is doing something different: it has a self-healing case that will fix its own scratches, scrapes, and blemishes.

The new iPhone case uses the same polyrotaxane material that was used in a Nissan self-healing car paint some time back. I guess the company had a few drums of it leftover and wanted to make good use out of it. The idea is that the “chemical structure is able to react to change back to its original shape and fill the gap.” In effect, it can mend its own scratches and blemishes over time. Small damage can be repaired in a matter of hours, whereas bigger scratches could be handled in about a week.

They’ve also upgraded from the usual polycarbonate to high-grade ABS for the casing material, making it more rigid. Coupled with that self-healing paint, this is a case that will still look new well into your ownership of the iDevice. It’ll easily last you until the iPhone 5, and then the iPhone 5S, and so on. The material is being beta tested in Europe and they’ve already partnered up with NTT DoCoMo for its deployment. 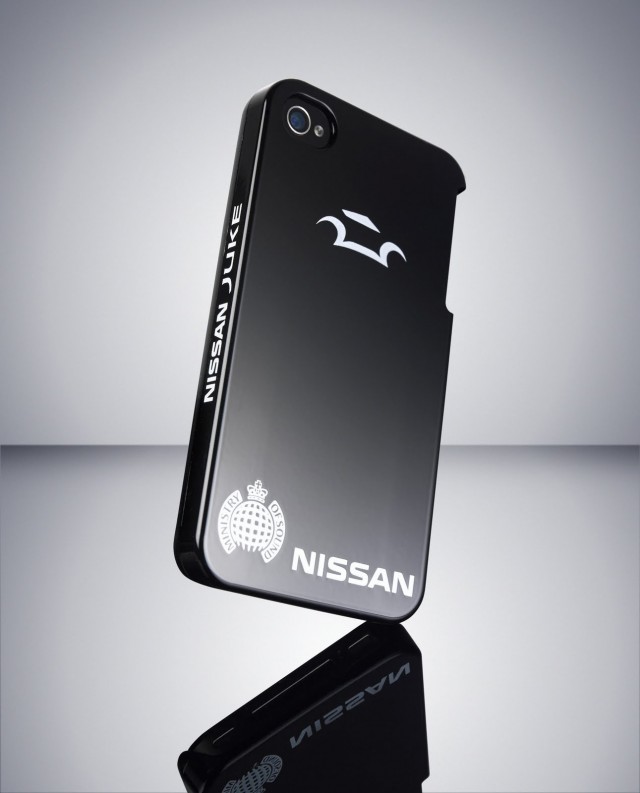 Nissan brings automotive innovation to the world of technology

Addition benefits such as scratch-resistant and easier-to-grip than normal glossy phone surfaces
The Nissan Scratch Shield iPhone case is made from ABS plastic – a high grade substance widely used in the automotive industry to create a more rigid, robust, and tighter-fitting case
Trial underway with initial batch of prototypes

Rolle, Switzerland, 16 January 2012: Nissan today announced the latest piece of must-have kit for the iPhone* – a ground-breaking self-healing iPhone case. The Nissan Scratch Shield iPhone case features the brand’s pioneering self-healing paint finish, a world first in paint technology developed in 2005 and already used on a number of Nissan and Infiniti models. Now this ground-breaking technology has been applied to a product that’s prone to scratches through everyday use – the smartphone – with Nissan’s new Scratch Shield case meaning iPhone-lovers can keep their phone looking at its best for longer.

Developed by Nissan in collaboration with University of Tokyo and Advanced Softmaterials Inc., the unique Scratch Shield paint finish was initially designed for automotive use and is available on the Nissan Murano, 370Z and X-Trail along with the Infiniti range of products. Now, thanks to Nissan’s pioneering approach, this technology is being trialled for the first time on a non-automotive product in Europe, with the Nissan Scratch Shield iPhone case.

The Nissan Scratch Shield iPhone case has been designed using several automotive engineering innovations to deliver a more durable and long-lasting paint coat, and closely fitting, tight case. The case has three key benefits: the highly flexible and elastic properties of Scratch Shield paint technology allows fine scratches to quickly mend themselves**; its tactile gel-like rather than glossy surface is more scratch-resistant than conventional paint and provides a better grip; and the case itself is made of ABS plastic – a high grade substance widely used in the automotive industry which is more rigid and robust than other plastics. The outer ‘paint’ is made from polyrotaxane, which means that when damage occurs to the coating in the form of a fine scratch, the chemical structure is able to react to change back to its original shape and fill the gap – ‘healing’ the blemish.

An initial batch of prototypes of the innovative Scratch Shield iPhone cases has been produced by Nissan for BETA testing with selected journalists and customers, but if demand proves strong, it will look to put the cases on general sale later this year.

Bob Laishley, Overseas Programme Director Business Development for Nissan in Europe, said: “We like to think laterally by taking the great innovations we’ve got from an automotive point of view, and looking at how they could be applied to improve everyday issues. The Scratch Shield iPhone case is a great example of us taking a Nissan automotive technology that has had a huge impact for our customers, and then shifting the boundaries to apply it to another everyday product.

“We’re really excited about the possibilities provided by this technology. In Japan, we’ve already linked up with world-leading mobile operator NTT DoCoMo to allow them to use the Scratch Shield technology on its Style Series N-03B mobile phones, and we think this technology has real scope beyond the automotive world. We’re passionate about innovations that get people excited, and that means not being restricted to one industry or genre.”

Nissan has been licensing its unique technologies for various non-automotive applications since 2004. Other technologies that have been licensed include its Miniature Thermal Imaging Sensor: initially designed to make driving at night safer by detecting the presence of people even in places not illuminated by the car’s headlights; the technology has been licensed to create a device which allows customers to monitor heat generation, or collect temperature readings via infrared sensor. Nissan will continue to research and develop breakthrough technologies that can benefit other industries, and promote these non-automotive applications globally.

Nissan has long been an innovator when it comes to advancements in the automotive world, heralding the start of a remarkable new era in motoring when it launched the first Crossover, the Nissan Murano, followed by the hugely-successful Qashqai and recently joined by the Juke – with its innovative fusion of compact SUV and sports car styling. Nissan’s range of crossovers has since gone from strength to strength, with the Nissan Qashqai selling more than a quarter of a million models last year in Europe and the newly launched Juke having now notched-up 120 thousand sales. Built in Nissan’s manufacturing plant in the UK, these two models helped the plant break its all-time production record to build 480 thousand units in 2011.

Currently the Nissan Juke-R, another Nissan Innovation combining the transmission, drive train and engine of a Nissan GT-R with a Juke, is being put to the test on the streets of Dubai. To celebrate this event, Nissan has joined forces with Ministry of Sound, who will be hosting a pre-race party for Nissan with internationally renowned DJ Pete Tong, to release the first 100 of the Nissan Scratch Shield iPhone case prototypes. 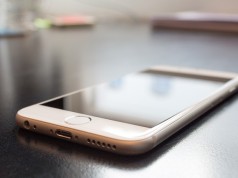 Apple Surprises All by Forming the ‘Death Cross’ Pattern