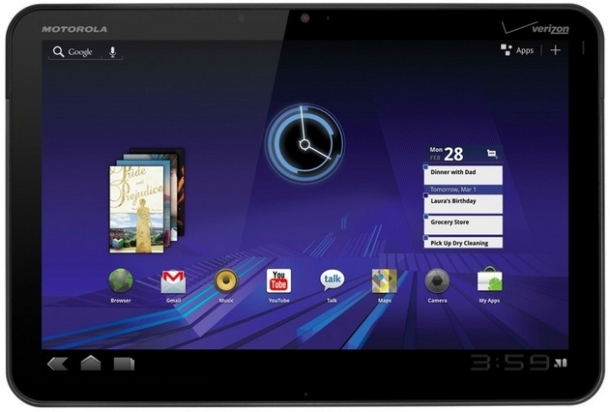 Recently, many major tablets like the Asus Transformer Prime, have begun receiving Android 4.0 updates. In response, Motorola is bringing Ice Cream Sandwich to Motorola Xoom tablets – at least for a few lucky ones out there.

As part of a pilot program, only a few thousand select Xoom Wi-Fi owners will receive the update as part of the initial and private test. The way that Motorola approached this update was somewhat on the sly, without mentioning ICS in its emails sent to select Xoom owners a few days earlier.

The wording was as follows:

Thanks for your patience as we’ve waited for this project to begin. Because we are dealing with a Google Experience Device (GED) we have less insight to timing than we would usually have. However, I’m happy to announce that we will start the update this evening. Because it was delayed a few days, we will also have additional time to test; we will let it run through the weekend.

For now, this means that only lucky users get a taste of Ice Cream Sandwich, but I suppose the positive side that if something does go wrong, they have less users affected. If everything goes off without any major hitches, Motorola will shortly begin deploying ICS to all Xoom users en masse, although a specific timeframe for this wider launch has yet to be announced. Have you got ICS lately?