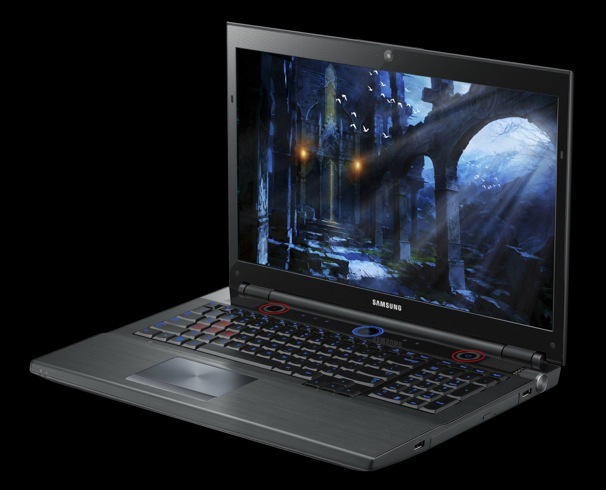 For a while now the impressive Samsung Series 7 gaming laptop has been available for European customers, finally, its heading stateside with a few upgrades and tweaks along the way.

The system is a bit bulky, but it is somewhat expected for something packing this much power. The Series 7 Gamer is powered by a third-gen Core i7 (Ivy Bridge) CPU, 2GB of dedicated video RAM, and even a 2TB HDD and Blu-Ray thrown in the mix.

Featuring a 2.1 speaker setup that includes a built-in subwoofer and a unique knob that switches between power modes that clock-up the machine for gaming, or slows it down a bit for running cooler, quieter, and more eco-friendly. There will even be a 3D model option as well.

The Series 7 Gamer laptop will start at $1799 when the system hits shelves in April. For those looking for a great gaming and multimedia machine to replace that desktop, the Series 7 looks like a pretty solid choice.