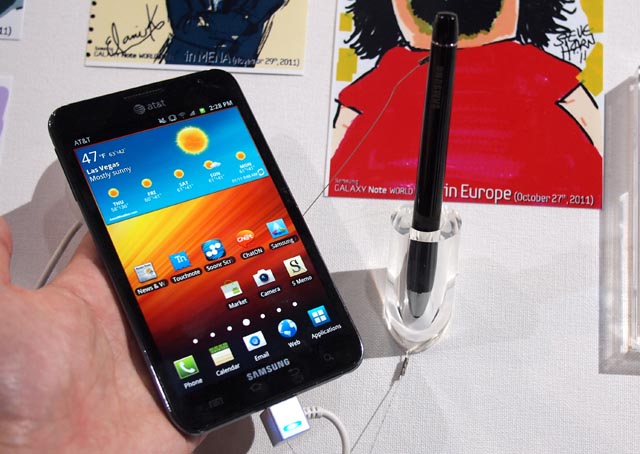 When the first batch of 4-inch Android “superphones” hit the market, I thought that four-inch touchscreens were too big. And then along came phones like the Dell Streak. That trend, as you know, is continuing with the Samsung Galaxy Note and I had the opportunity to go hands on with it at CES 2012.

As a quick refresher, this device comes with an extra large 5.3-inch WXGA HD Super AMOLED display backed with a 1.5GHz dual core processor.  It runs Android 2.3.6 Gingerbread and Samsung plans to update that to ICS later this quarter. A lot of the marketing asks you whether it’s a phone or a tablet, asserting that it’s really both. Holding the phablet (you like that?) in my hands, I did get the sense that it is a little too big, but I initially felt the same way about phones like the Galaxy S Captivate. 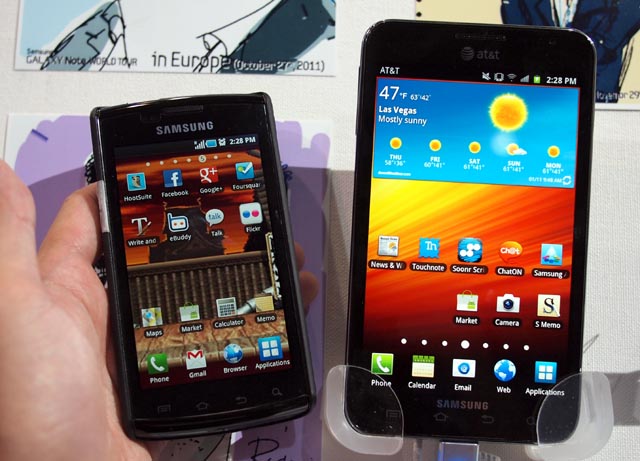 The build quality and industrial design is in line with the Galaxy S II and other phones in the Galaxy S smartphone series. Responsiveness was robust and using the stylus for sketching worked quite well too. I’m still not sold on the idea of a five-inch phone, but I think it’s starting to grow on me.

It’s been officially announced for AT&T in the United States and there was a big marketing campaign here in Las Vegas for the device, plastering on billboards and the sides of buses. The Samsung rep couldn’t officially say which carrier in Canada would get it (first), but he did confirm that it’s on its way to Canada too. My money’s on Bell, since they got the SII before anyone else, as well as the Galaxy Nexus. 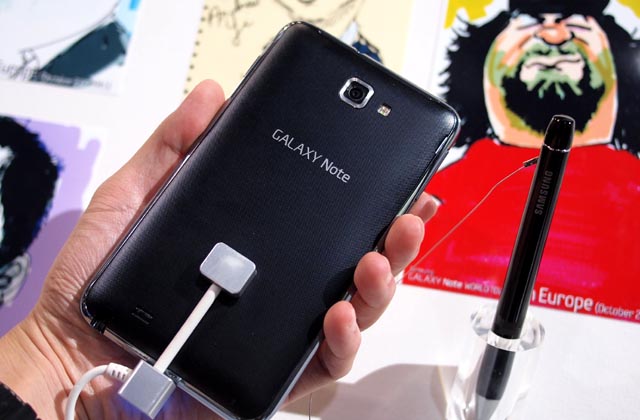 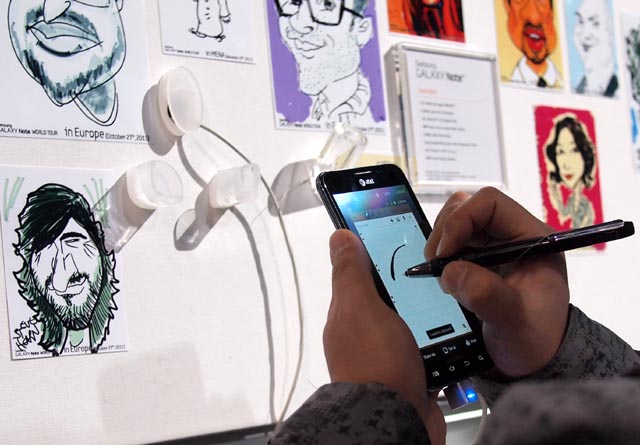