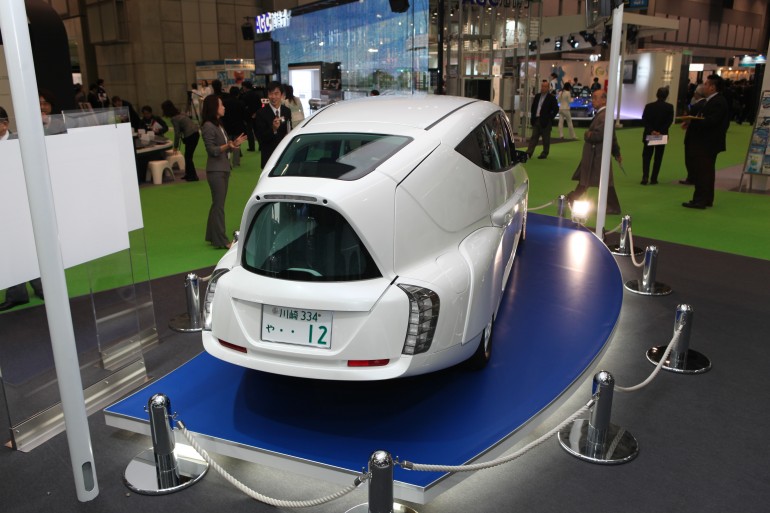 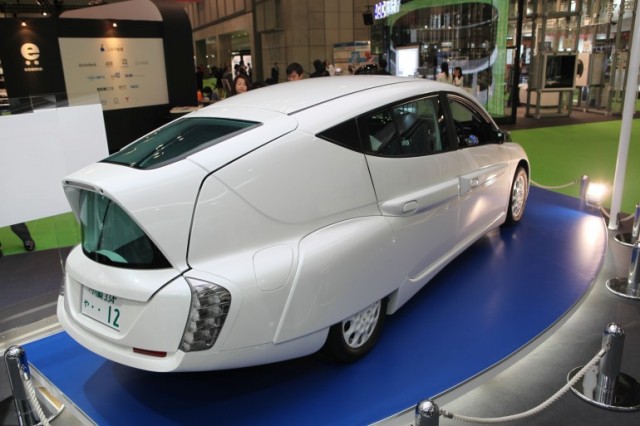 Recently, there has been a much larger push for electric cars, for example, the all-electric Honda Fit EV. While this is good news, the problem with most electric models presented is that there are still some pretty serious limitations when it comes to driving distance and (to a lesser extent) speed. Of course, this isn’t the case for the new Sim-Drive SIM-LEI prototype EV.

SIM-Drive is made up of 34 Japanese tech companies and institutions that aren’t about ‘making cars’, and instead have a passion for “providing the highest level of electric vehicle technology and information, at the lowest cost, to all those involved with electric vehicles.”

And provide they have, the SIM-LEI is certainly in a league of its own with a battery life of 189.5 miles (300 km) on one charge, while traveling at a constant speed of 62mph (100 km/h).  This should alleviate any range anxiety for commuters.

The four-seat car’s energy efficiency comes thanks largely to its unique aerodynamic design. A lightweight steel monocoque frame and low rolling-resistance Bridgestone Ecopia tires also contribute to its efficiency. A 65-kW battery provides power to four direct-drive in-wheel motors, and can accelerate from 0 to 60 mph (100 km/h) in just 4.8 seconds, and has a top speed of 93 mph (150 km/h). The car weighs in at 3,638 pounds.

Of course the downside to the efficient, aerodynamic design is that it isn’t exactly the most gorgeous vehicle in town (though it certainly is eye-catching and unique). Personally, I think the SIM-LEI sort-of looks like a prop out of a cheesy movie that takes place sometime in the near future, like maybe 2025. 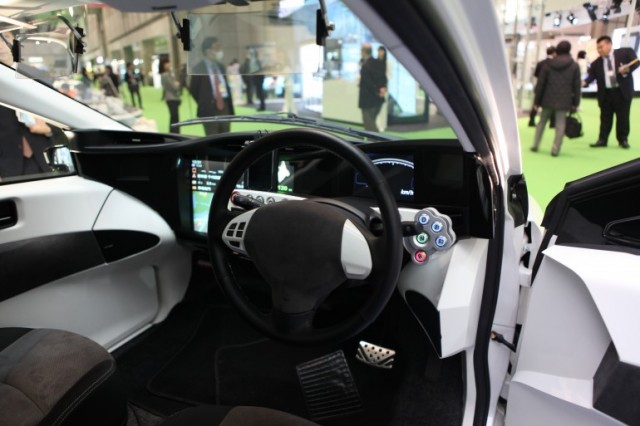 I know that some of you out there probably like the semi-odd, futuristic design styles; to each their own. Would I be caught dead driving this vehicle, though? Hell, yes. I may not be the largest fan of the looks, but I admit that they certainly make for a great conversational piece at the very least, not to mention the ability to actually travel long distances using an all-electric car is wonderful news for the automotive industry.

Keep in mind though, this is only a prototype. The good news though is that even though SIM-Drive itself won’t produce this car, there are interested groups belonging to the collaborative that will likely end up producing a commercial version. Large-scale production could start as early as next year.