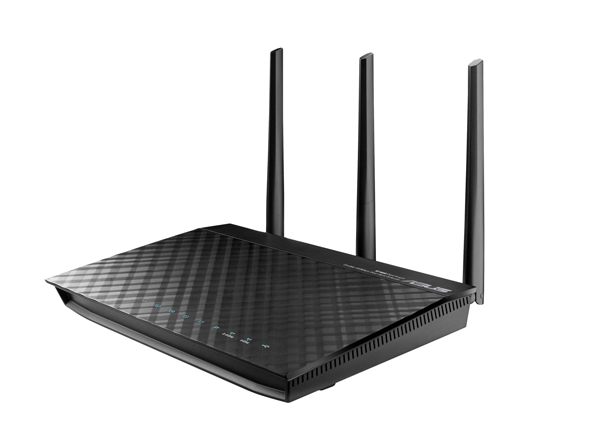 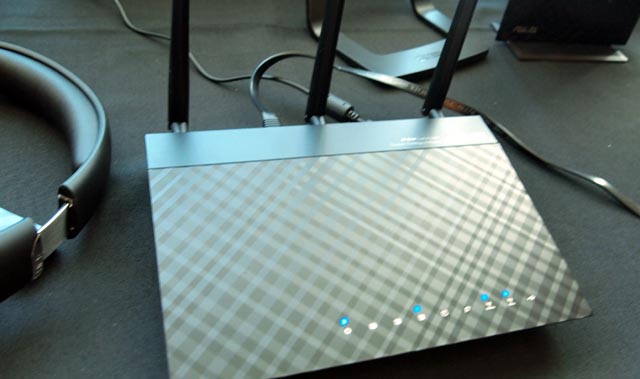 Not all routers are made alike, and they don’t all have to be boring grey boxes that get hidden away in the corner of a room. Asus showed off one of the latest additions to its wireless router line at CES 2012 and it turns out that its beauty goes further than skin deep.

Yes, that glossy black surface is nice and they’ve done an interesting job with that “weave” pattern on the top, but the Asus RT-N66U also happens to be really fast. You get dual 450Mbps wireless service, pushing that much bandwidth on both the 2.4GHz and 5GHz channels independently. That combines for 900Mbps of wireless speed. 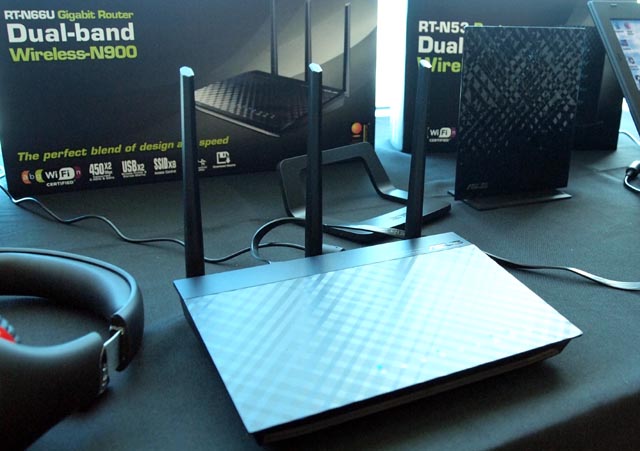 There are also two high-speed, high-power USB ports on the back that allow you share external drives across your network at up to about 25MB/s, as well as sharing printers and other peripherals. Rounding out the package is a convenient web-based GUI for setup, meaning that you can get your network up and running on your smartphone or tablet if you don’t want to boot up your computer.

Asus also unleashed a funky EA-N66 dual-band wireless Ethernet adapter. It sorta looks like a transporter deck you can step into. We doubt Asus is releasing those to the public yet. The EA-N66 provides the same 450Mbps bandwidth but only on either the 2.4GHz or 5GHz channels. You can also set it as a repeater or an access point node for growing your network.  The RT-N66U will sell for around $179, while the EA-N66 will be $59 when they are released later this month. 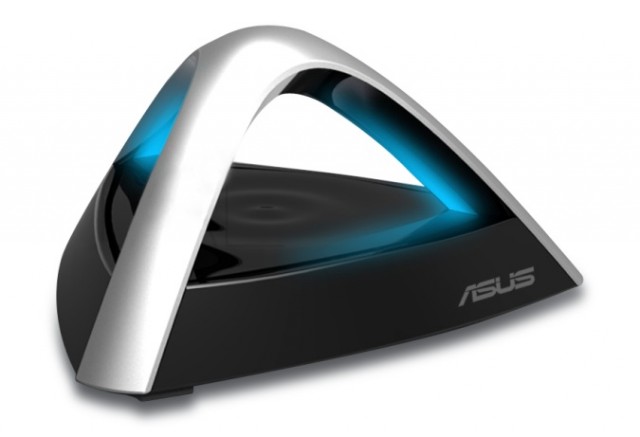