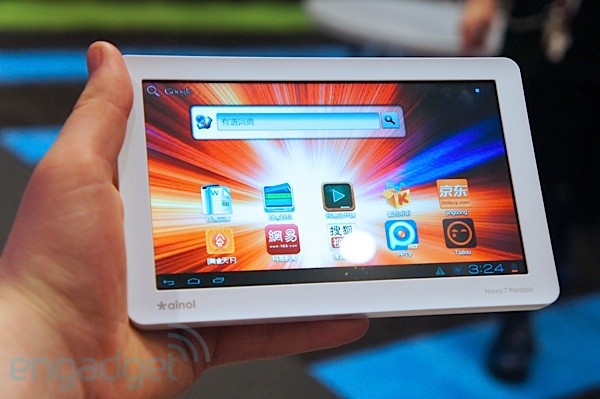 No typo here, the $79 Ainol Novo 7 Paladin is a camera-less tablet, but yes indeed, it runs Ice Cream Sandwich.  This tablet is a variation of the world’ s first ICS Android 4.0 tablet, the Ainol Novo 7 Basic we spotted last year. Ainol’s Novo 7 Paladin is certainly powered by a MIPS chip, and if it has the same internals as that Basic (minus cameras), then it might be MIPS32-based Xburst JZ4770 SoC by Beijing Ingenic Semiconductor company.  Knight Paladin mentioned there might be dual cameras still.