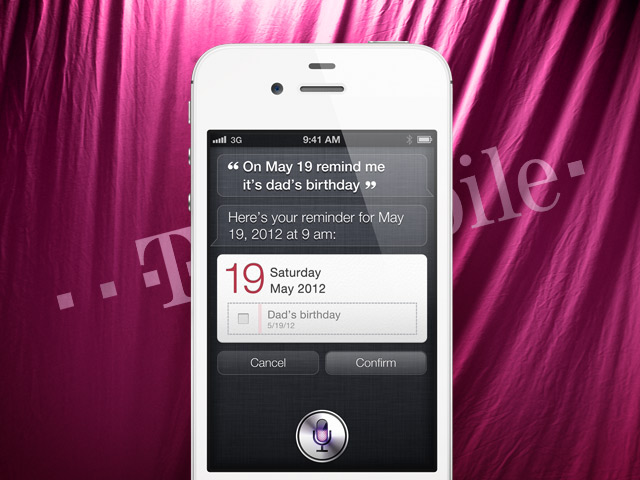 There have been several reports hinting towards an iPhone 5 on T-Mobile. Reports have surfaced “Citing a contract within T-Mobile”  that the U.S Carrier will be getting the next Generation iPhone 5 that will run on the companies 3G network sometime around early or mid-October.

In the hopes of getting the magical iPhone onto their networks, slowly but surely almost all major U.S carriers worked hard and have gotten their hands on the iPhone. While T-Mobile has been left out in the dust, T-Mobile CEO Philipp Humm, speaking at a press conference at the CES today agreed that the lack of Apple’s Magic on their Network has hurt its ability to retain or add more subscribers, particularly high-value-contract ones known as postpaid.

Neville Ray, chief technology officer of T-Mobile, says that the iPhone never made it onto their network because of the unique band spectrum used by T-Mobile known as AWS. Ray also said that it would have required extra work on Apple’s part to make sure iPhone ran correctly on their network but it appears Apple was not very keen on doing so since the iPhone never made it to T-Mobile. It is unsure at this time if Apple’s roadmap includes working on bringing compatiablity for AWS, even T-Mobile’s Neville Ray said Apple could completely ignore the spectrum and not strike a deal with T-Mobile.

The iPhone 5 is rumored to be a LTE based iPhone, it looks highly unlikely that Apple will turn its attention to something like AWS which is only used by  T-Mobile. While LTE is where the other three major U.S carriers (AT&T, Verizon and Sprint) are heading towards and not to mention the three major carriers are already selling the iPhone.

After AT&T scrapped their plans to takeover T-Mobile, Neville Ray said the company will be aggressive in making their network better & put T-Mobile back on the road to recovery. The company is expected to unveil its new turnaround plans late in the first quarter. It seems T-Mobile could most definitely use iPhone 5’s magic to breathe some fresh air into their company. Only time will tell.

Update on 01/13/2012 from T-Mobile was just received: “Comments made by T-Mobile’s CTO, Neville Ray, regarding the evolution of chipsets to include additional bands were misconstrued. Mr. Ray was speaking generally to chipset advancements available to all phone manufacturers. T-Mobile has no knowledge of Apple’s product roadmap and our position on the iPhone has not changed.”