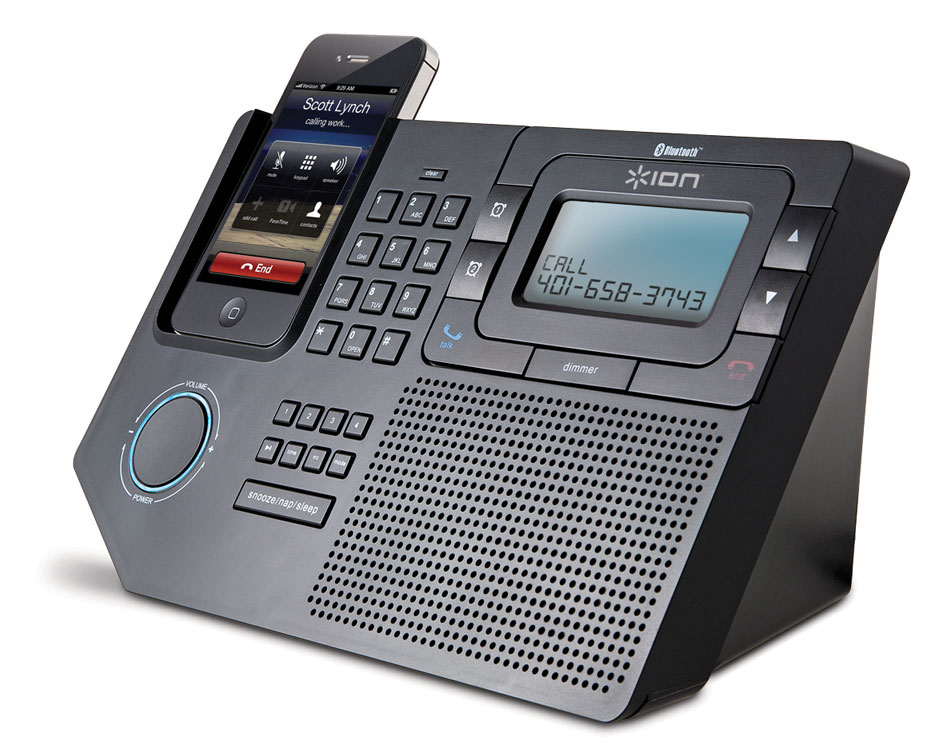 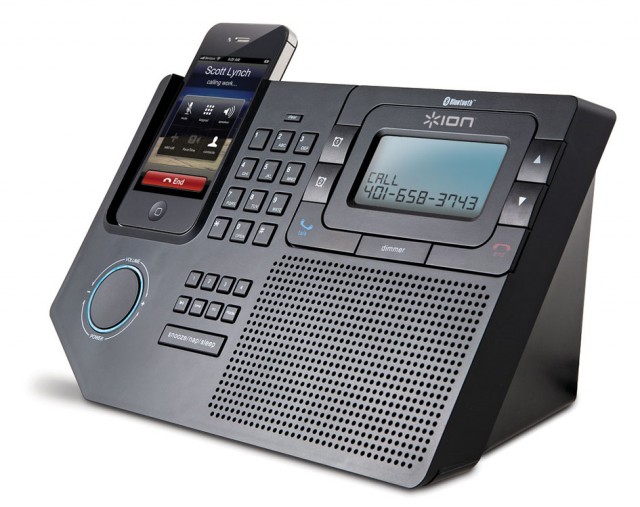 Have you ever attempted to do a conference call using your iPhone or Android smartphone? It’s possible, but it’s not the best.  If you’re looking for a high-quality group business conferencing system, there’s a snazzy looking communications center called the Phone Station Plus from ION Audio.  Just unveiled at CES, the Phone Station Plus turns your smartphone into a major conferencing system using Bluetooth.  Then at night, flip it on to stereo or FM radio mode to blast the office beats.

Most smartphones have speakers built-in, but most are too quiet for a real phone conference. PHONE STATION PLUS is a one-stop solution to this problem: it provides loud, crystal-clear sound quality from any Bluetooth-equipped smartphone. PHONE STATION PLUS is an ideal conference call solution for the home or office thanks to its compact size, intuitive controls and superior sound quality.