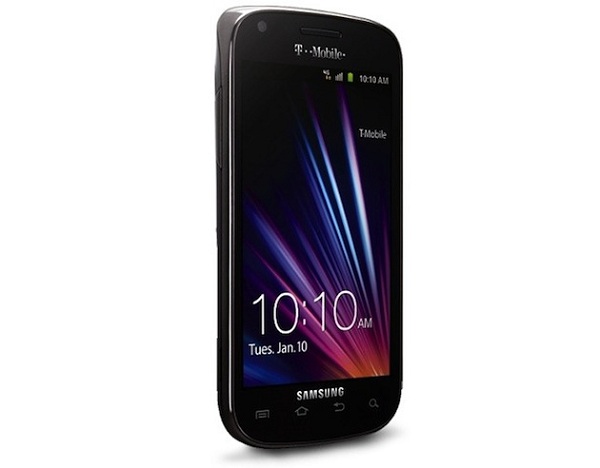 Although a bit late, T-Mobile has finally come out of its deep slumber and has announced their latest smartphone at CES 2012. But we are not sure whether T-Mobile will be able to do better on the market with their new handset, which looks like a Galaxy S 4G variant, than all the competing carriers who have announced several different handsets for their networks.

T-Mobile hasn’t announced much about their upcoming Samsung Galaxy S Blaze 4G (pictured above). What we do know is that the handset will come with a 1.5GHz Snapdragon S3 processor, Android (most likely Gingerbread) and a “brilliant Super AMOLED touch screen”. Yes, no Super AMOLED Plus or HD.

And we are not seeing a “II” after that “S” anywhere on the press release. From the looks of things, the carrier is most probably going to launch a reworked Galaxy S 4G. Hopefully they will release an HD variant of the Galaxy S II.

But whatever the carrier is launching, the device will have access to T-Mobile’s 42Mbps HSPA+ network.

For those who are looking for a Windows handset from T-Mobile, the Lumia 710 will be available from today, Jan 11, at T-Mobile retail stores, select dealers and retailers nationwide, and from the carrier’s website. It’s coming with a price tag of $49.99 after a $50 mail-in-rebate and a two-year contract.