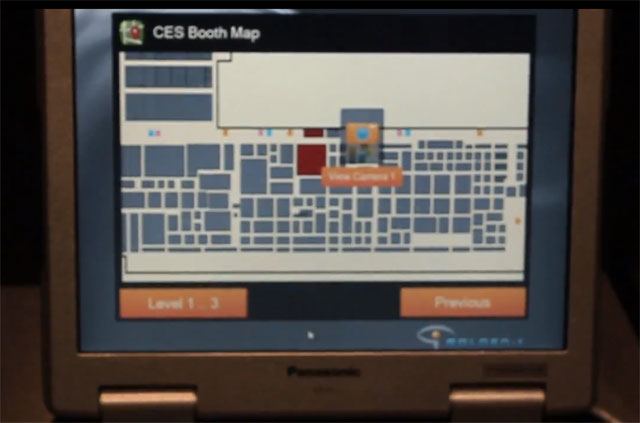 Verizon Wireless at CES had Golden-i on display. The rugged headset is aimed to public safety and field work applications where visual data can be fed to the wearer. This is not so far away from Terminator T-800 facial scanning and recognition technology we saw in the sci-fi flick from 1984. Information like missing children, floor plans of the building, and remote surveillance camera feeds are just some of the examples of the data that could be attained when in use in field.

The display sits in front of your right eye, it’s easy to read, sound is clear and audible even in CES. Navigation was done by voice command, like bringing up the home screen or launching apps. Noise cancellation microphones are heavily used otherwise it would have difficulty in its surrounding environment. The device will run on Verizon’s LTE network since the bandwidth to send this video will be quite vast. It supports Bluetooth, runs a TI OMAP processor and is essentially a full computer running Windows CE 6.