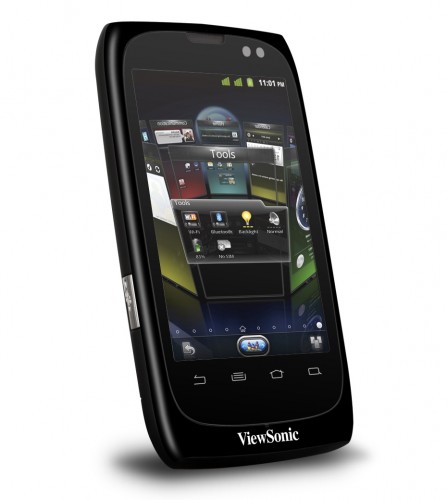 One more sample of Viewsonic’s latest offerings coming out of CES is the ViewPhone 3. The significant feature of this Android 2.3 smartphone will probably be its dual-SIM capability and low price point of $279 unlocked.

On all accounts, this mid-market phone showed pretty bad lag when swiping between screens or scrolling. It supposed to hit Latin American markets at said $279 later this quarter, and it will be the first Viewsonic phone there. We can only hope it won’t be the last.

I can’t say how good the sales of ViewPhones 1 and 2, I really don’t know so its a mystery how well Viewsonic’s mobile division is fairing against the Huawei’s and other lower tiered manufacturers. Maybe, there are some markets where these were doing just fine, and maybe this 3.5″ 800 MHz single-core ARM Cortex A8 based phone will be a hit there. But from a sample for this CES 2012, there’s nothing exceptional about the phone except for its dual-SIM capability. Two SIMs allow for both business and work use on the same device, and there’s HSDPA connectivity along with WiFi and Bluetooth, and that’s practically all that goes for it.