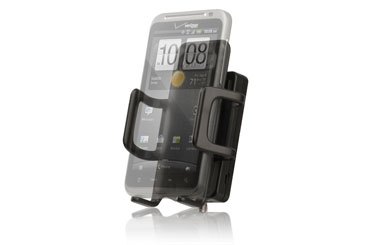 Verizon Wireless customers know this from past experiences, weak 4G signals can overtake the entire network and bring large scale outages going for hours and hours.

In areas with Verizon Wireless LTE service, the Sleek 4G-V is aimed to give you a strong LTE signal, as well as conventional 3G or 2G signals. Benefits include fewer dropped connections and no-service “dead zones,” faster data transfer rates and improved battery life for wireless devices.

The Sleek 4G-V is on display at the Wilson Electronics booth #35219 in the Las Vegas Convention Center, South Hall, level 2, through Jan. 13.

The $149.95 4G booster will be available in the second quarter of 2012. It links up with Verizon Wireless’ 700 MHz LTE, as well as all carriers’ 3G and 2G cellular signals on 800 MHz and 1900 MHz frequency bands.  It provides up to 20 times amplification of an ordinary cell phone signal, device is also designed for use in a vehicle, and can be used indoors with the purchase of an optional accessory kit. That makes it perfect for boosting signal to 4G wireless hotspots like the Verizon JetPack 4G LTE Mobile Hotspot MiFi 4510L.

I’m not on Verizon, I didn’t experience any of its outages. But as long as it boosts 2G/3G signals, too, it might be a good gadget for me, too.