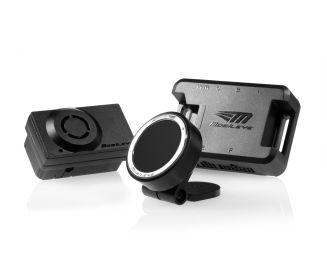 There is no denying that car accidents happen, and many times its because humans are just way too easily distracted.

That’s where human ingenuity takes over and has given us many breakthrough technologies in the past several decades to help with driver safety such as airbags and even GPS (if you aren’t worried about looking at that old-school map, you are less likely to end up in a wreck, right?)

Now Mobileye has announced a new technology that takes protecting drivers on the road a step further.

This system includes a smart camera, proprietary algorithms, and a microprocessor that work together to detect and alert drivers to unintended lane departures, imminent collisions, pedestrians, bicyclists and motorcyclists on the road.

The system even has the ability to read speed limit signs, intelligently controls hi beams and alerts drivers of the most common forms of accidents, rear-end collisions.

You know what, I already have someone who nags at me if I am going to fast, turn to sharply, or am close to a collision: its called my wife (I pray my wife never reads this post). I don’t consider her brand of back-seat driving to be particularly helpful most of the time, but perhaps if a robotic system was instead the backseat driver I wouldn’t find it so frustrating? Perhaps, if it really is as effective as Mobileye claims it to be, that is.

The new series will include Bluetooth capabilites that allow for Mobileye 5-Series to work in tandem with your smartphone to provide visual alets for critical conditions on the roads.

The Mobileye 5-Series is available now in two models, the 560 ($849) and 550 ($749). Would I pay close to a grand for a backseater, probably not. Still, I think this could certainly have some merit especially in very crowded cities.