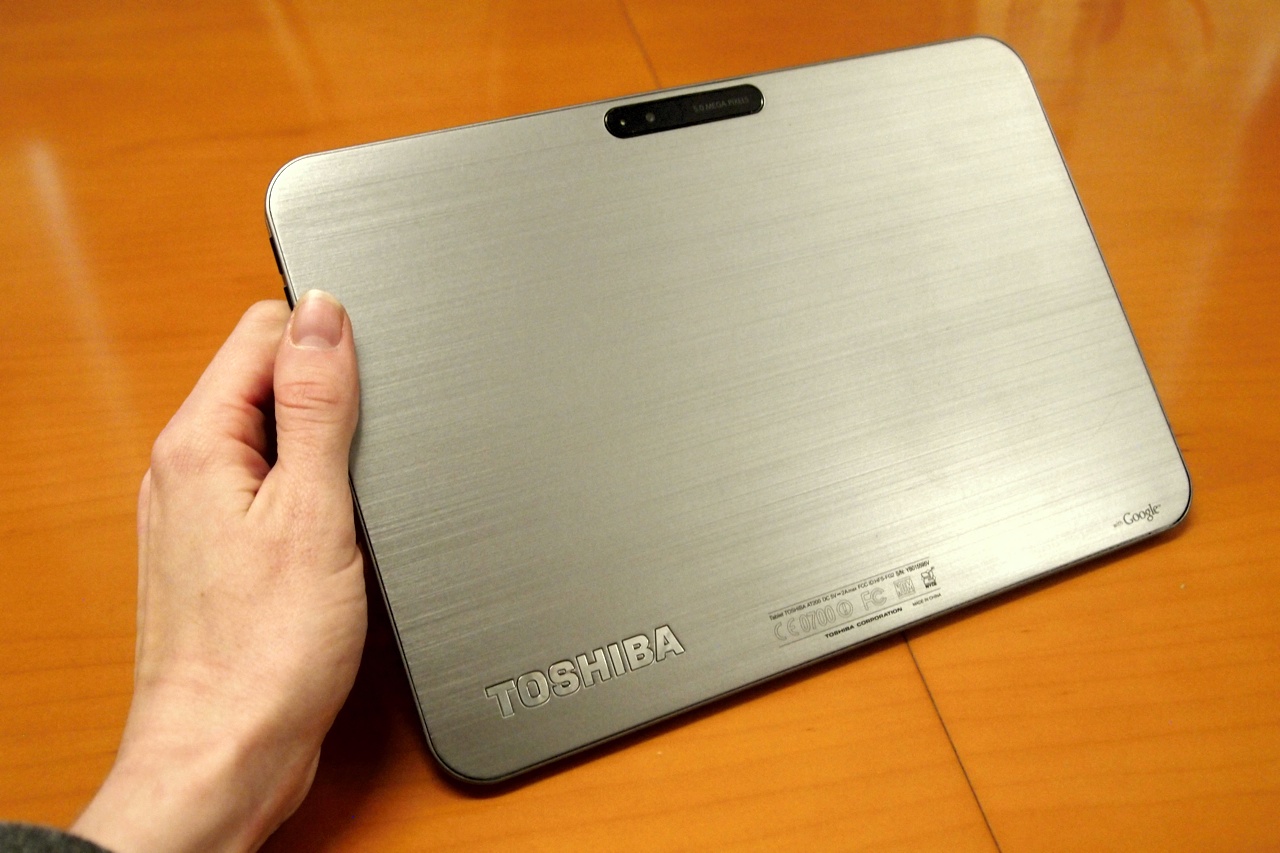 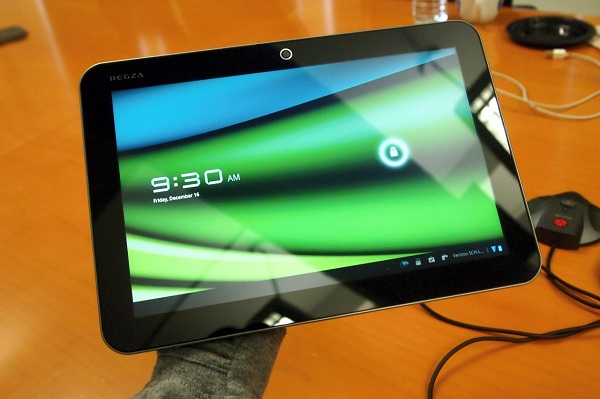 CES officially kicks off tomorrow, but there’s no lack of news coming out of the desert at all.  Toshiba has their new Excite X10 tablet (Regza over seas) which is now claiming the title of “the world’s thinnest 10-inch tablet,” impressive.

As you might not have forgotten, the company’s last 10-inch tablet was the Thrive. That tablet was definitely not a head turner when considering its design. But the Excite X10 is beautifully designed.

The Android-powered Excite X10, which features a TI OMAP 4420 1.2GHz dual-core processor along with 1GB of RAM, is 7.7 mm thin. That’s over 1mm less than the Apple iPad 2 which measures in at 8.8 mm. And the X10 weighs only 1.2 pounds, 11% less than the Apple tablet. It’s thin alright, but we can’t say for sure about how long it will retain its title, as the iPad 3 will arrive sometime in the not so distant future, among other Android slates destined to be unveiled this week as well. 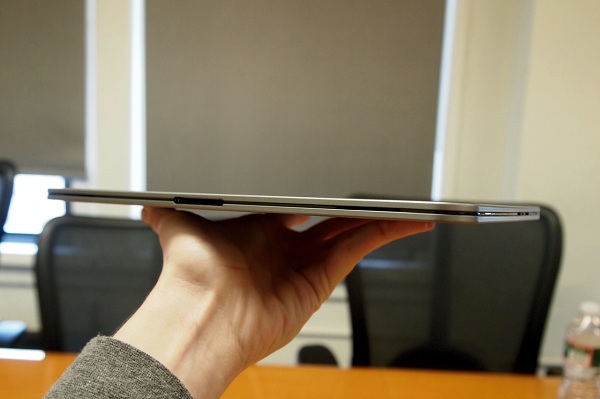 A high-quality magnesium alloy surface on the back of the Excite X10 makes it durable and light. If you believe in their marketing, the so called “scratch-resistant” Corning Gorilla Glass comes equipped with it, alongside an anti-smudge coating that is supposed to help a lot. But we’ll have to see once a production model is actually released.

The display has a resolution of 1280 x 800, a 5.0MP rear-facing camera with LED flash, and a 2.0MP front-facing shooter to satisfy all your video chatting needs. The physical buttons have been beautifully crafted on the sides and are almost invisible. With this slate, you will have access to micro USB, mini HDMI out, and micro SD card slot.

Toshiba is saying we’ll see a mid Q1 release with Android 3.2 Honeycomb, or a bit later with Ice Cream Sandwich. A little bit of waiting won’t kill anyone and also by that time we will have a lot of tablets to choose from.

They have included very little of their own software which includes the DLNA compatible Toshiba Media Player, their File Manager, Netflix, and QuickOffice, so you can expect a relatively unmodified Android experience. 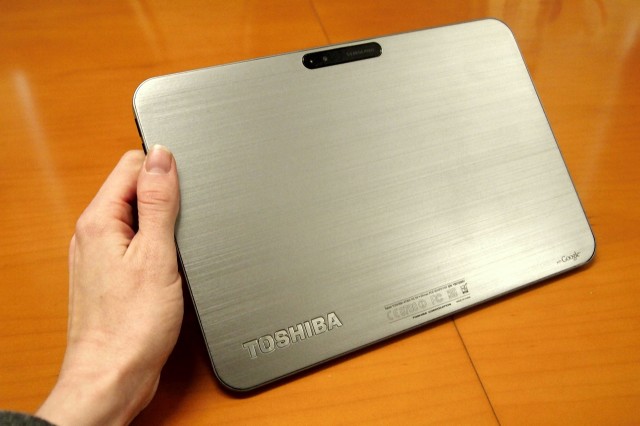