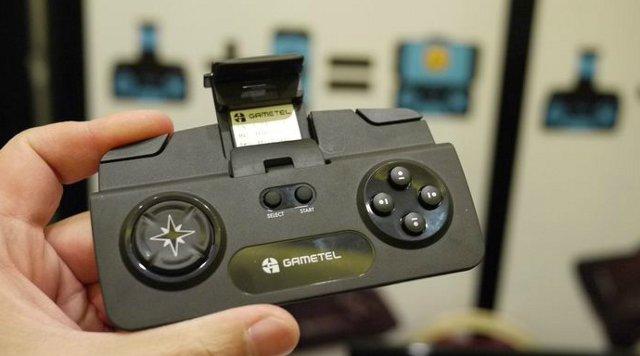 Back in mid-November we talked about Gametel’s Bluetooth gamepad and we were rather excited to finally see a high quality device like this that actually works with Android. In order to expand its user base, Gametel has added support for both iPhone and iPad using this device as well.

The controller is compatible with the iPhone as long as it runs iOS 4.0 or later, and will work with any iPad/iPad 2 running at least iOS 3.2 or later. For those who already have games for the iCade suite, the Gametel gamepad works seamlessly with this library of classic titles like Pong, Asteroids, and Missile Command.

As phones and tablets evolve in the processor/graphics front, I truly believe Sony and Nintendo should be worried about their future in the handheld market.