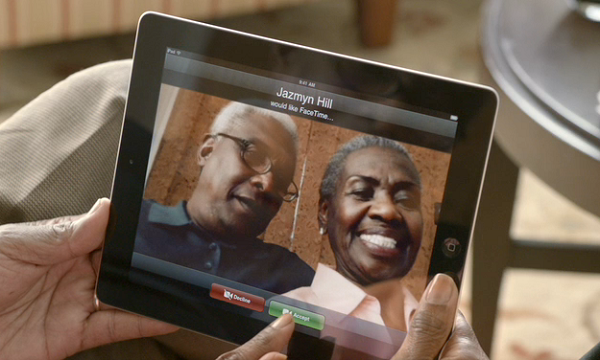 The rumored specs and release dates of the Apple iPad 3 are definitely going to be a hot topic for the next couple of months. Especially over the next week as Apple fans and perhaps even underground marketing agents persist to steal the spotlight and pull the carpet from all the electronics companies knee deep in sand out in Las Vegas @ CES.

The latest rumor on the much anticipated device has come from iLounge’s Jeremy Horwitz.  This isn’t as much of a real discovery – like the iPhone 5 having a quad-core A6 – but more along the lines of what someone “thinks” could happen.   Horwitz believes that the next iPad will come equipped with better cameras, not much of a shocker there since every Apple device that follows its predecessor has a better camera.

According to Horwitz, who gave life to the new rumors via his Twitter account, the iPad 3 will boast a FaceTime HD camera on the front of the device and its rear camera will be upgraded to either the 8MP cam on the iPhone 4S, or the camera unit in the iPhone 4.

As you might already know, the iPad 3 has been long rumored to be coming with a Retina Display. If Apple decides to stick with the iPad 2’s front camera for the iPad 3, the images would look extremely bad.

But if a combination of an HD FaceTime camera and Retina Display is coming, the new tablet will definitely be a head turner.

Horwitz also claims that the new iPad will be slightly thicker to accommodate new internal parts, but will retain a case design similar to the current iPad. He said: “Curve radiuses on the body will change only a little to accommodate the added thickness, not dramatically. Think iPad 2 Pro, not a redesign”.

But a thicker iPad will be against Apple’s rules. They will always try to go thinner, because that is perceived by the majority as an improvement.

We expect the iPad 3 to be released in March. And as we reported before, Apple could possibly lower the price of the iPad 2 to $399 to fight off lower-priced competing devices such as the Kindle Fire.