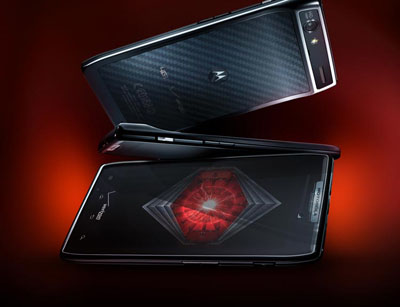 Of all the different devices on various carriers and manufacturers throughout the world, locked bootloaders seem to be the hot topic in the Android development community. And Motorola, or should we say Googorola, is yet another company to come under heavy fire from fans who really like the freedom to do with their phones as they please.

Motorola was not the first and it probably won’t be the last company that struggles with their customers over the issue. What seems to making users particularly angry with Motorola is that in early 2011 Motorola had promised to unlock the bootloaders of its smartphones and while it did unlock a few, a majority of Motorola phones remain locked.

The usual reasoning behind decisions for locking bootloaders from many manufacturers and carriers don’t really hold water in the eyes of customers. They want more freedom in trying alternative firmware for their phones; the respect and protection of DRM for the content saved on these phones has generally nothing to do with the decision to lock a bootloader on a given device, or just leaving it unlocked all together from the beginning. Many exploits on devices aimed at gaining root access to them are successful for both locked and unlocked bootloaders. Then, root access to the file system of a given device makes any protection scheme very questionable.

The Android community has a history of fighting against locked bootloaders in many phones from different manufacturers and carriers. The latest outcry originates in XDA-Developers community for the Motorola Droid RAZR. It was named ‘Movement of #OPMOSH (Operation: Make Ourselves Heard)’, and it has turned in to a rather heated discussion here.

We informed you already that ASUS will be unlocking the bootloader on its Transformer Prime with a special, proprietary unlocking tool of their own. This approach looks like an attempt of good compromise. While this step from ASUS is squarely directed at pleasing their customers, it might be not considered as a good precedent to influence Motorola decisions about their bootloader. Or HTC decisions. Or Acer’s decisions.