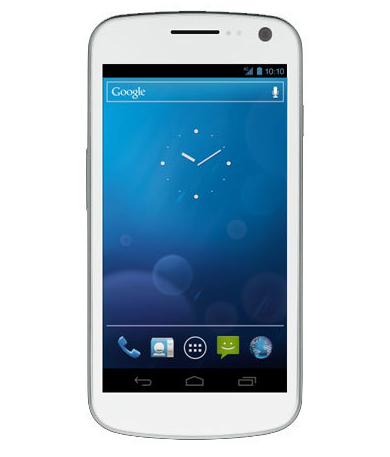 A white Galaxy Nexus is hitting several retailers in the UK next month, including Clove and MobileFun. It’s an all-vanilla Ice Cream Sandwich this time around, but pricing remains the same as the original flavor. Clove has the 16GB version for £498.00 starting February 6th while MobileFun has it a few days earlier on the 2nd with the price set at £519.95 for the same configuration. Incidentally, £498.00 is about US $770.80, but the plain currency conversion may not work here. In any case, manufacturing costs for producing white Nexuses must be exactly the same as for “regular” Nexus phones.

Having Nexus in its “classic” black, or getting a white phone for whatever cost is the question of personal preferences. However, as the white Nexus show up late for Christmas, they would hardly be in such demand as Samsung may have projected.

If you ask me, when I see cheap plastics on rather expensive phones, it absolutely doesn’t matter to me whether this plastic is white, black, mauve, or whatever.