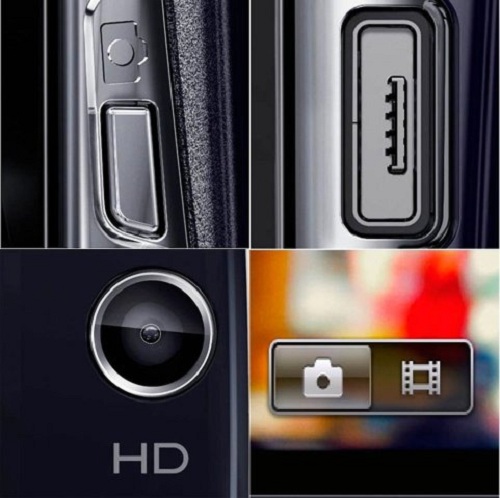 CES is just around the corner and as expected, we are seeing a flood of announcements and teasers about what’s going to be showcased at the event. Sony Ericsson’s pre-CES teaser campaign started earlier with their messages on their Facebook and Google pages. Now the company has released yet another teaser, a few close-ups of an HD-capable smartphone.

“Just a few more days until we can reveal some interesting news” says Sony Ericsson, but no hints regarding the identity of the device or what’s under the hood.

As you can see in the above image, the mysterious device has a dedicated shutter button, an HD-capable camera, a micro-USB port and the onscreen toggle to switch between photos and videos with a simple touch.

The images suggest that the new device is similar in outward appearance to the XPERIA Arc S handset. The Arc S has the same curved camera key, HD labeling and squared-off microUSB port.

We are most probably looking at the Sony Ericsson Xperia Arc HD, previously also known by the name Xperia Nozomi.

The camera-related hints suggest that the new device might be coming equipped with something special for all the shutterbugs out there. We are expecting a 12 to 13 MP camera with an Exmor R CMOS sensor.

And if it is capable of recording 1080p HD video, you can surely expect high-end specs. Rumors point towards a dual-core 1.5GHz processor and 1GB of RAM along with a 4.3-inch screen with a resolution of 1280 x 720. Hopefully the device will be powered by ICS.

Whatever is coming, we definitely won’t have to wait too long to learn everything about it. Stay tuned to this space for updates.