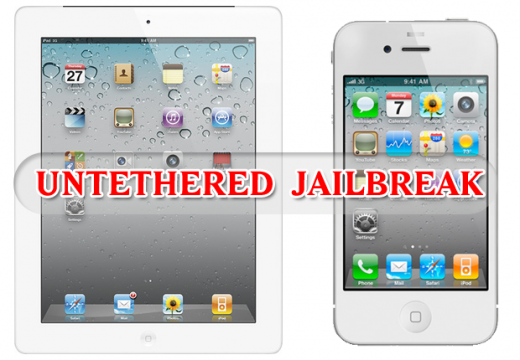 You might have wondered how it is possible for pod2g to have an untethered 4S device when dev teams still haven’t released tools to achieve this at home.

Wonder no longer, as Pod2g explains it all.

In his own words:

The exploit I used to inject the untethering files to the 4S relies on having a developer account, and can’t be released publicly.

It’s the same reason why @MuscleNerd has an iPad 2 tethered jailbreak but couldn’t distribute it.

So, we need to find a distributable exploit to remount the system partition read/write and to set Corona files at the correct places.

So in short, due to the need for a developer account the work involved really can’t be distributed without an exploit.

For more detailed information about pod2g and his efforts check out his iOS blog.