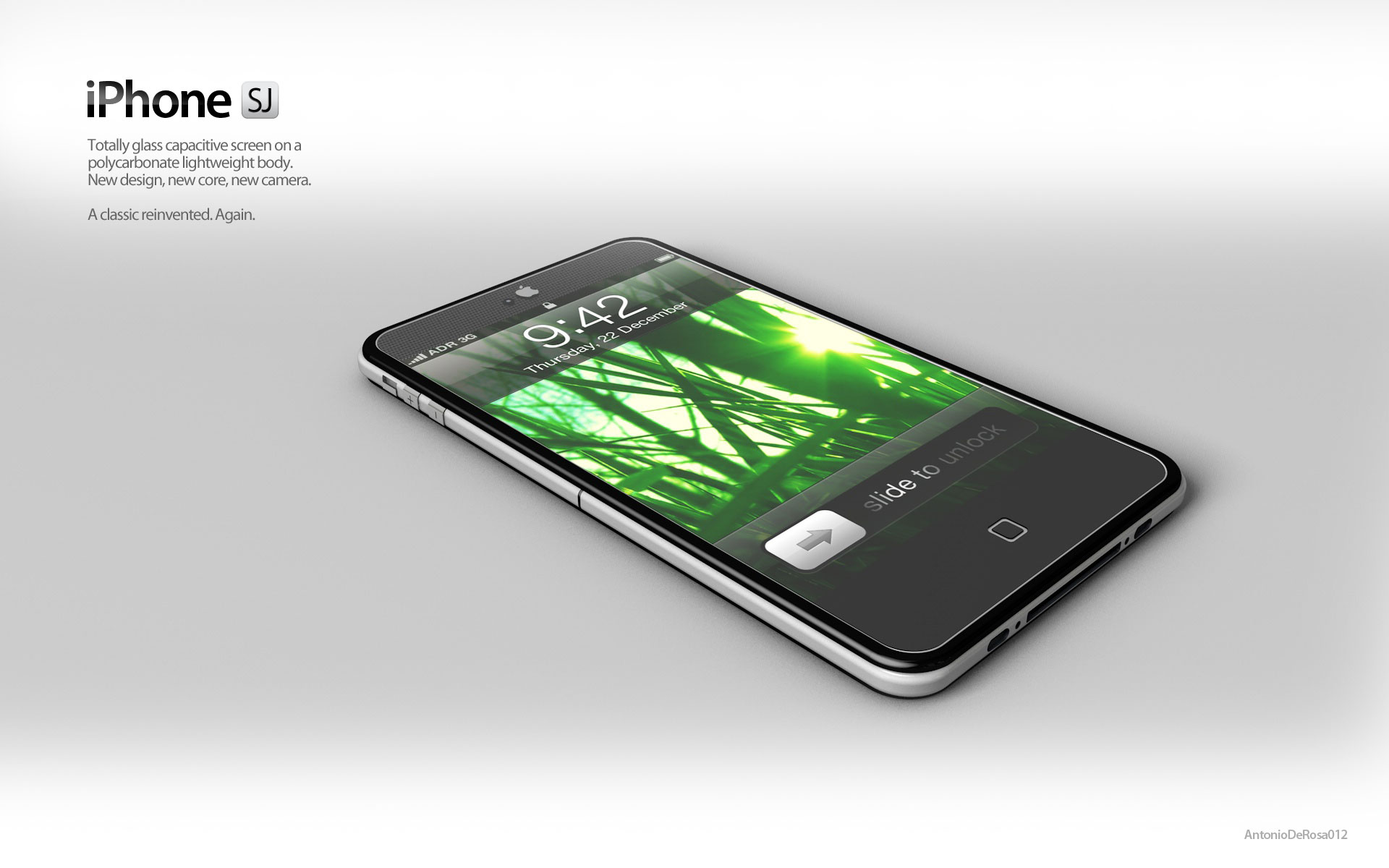 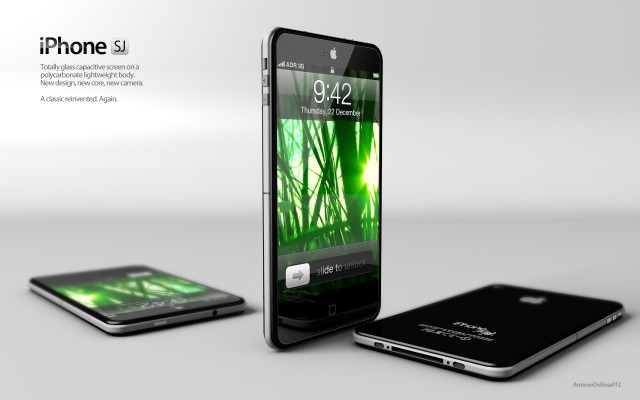 Say hello to the iPhone SJ. As we anxiously await any kind of formal announcement from Apple about a true iPhone 5 successor to the current iPhone 4S, we turn to the various design studios on the web for insights and inspirations. Here is one such example. 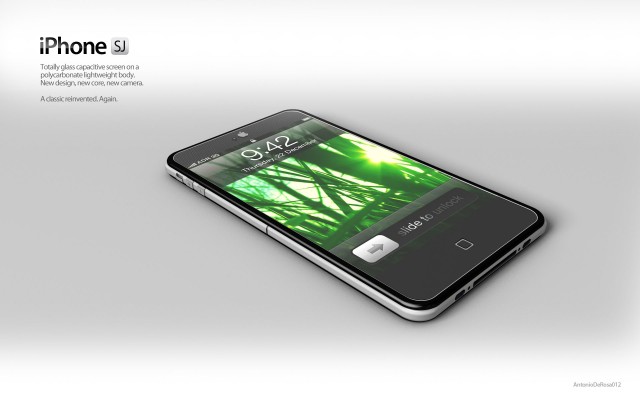 The iPhone SJ is the vision of Antonio De Rosa from ADR Studio in Italy. Of course, this is not at all sanctioned or endorsed by the team in Cupertino, but it could give us a glimpse into what the next iPhone will bring. For starters, this is decidedly thinner than the iPhone 4S, seemingly putting this iDevice in the same slimness league as the new Motorola RAZR Android phone, for example.

The overall design, though, appears to be roughly similar to the iPhone 4S, only squished down. The physical home button, from what I can tell, is still there. The display has gone virtually edge-to-edge, though, and it’s a “totally glass capacitive screen on a polycarbonate lightweight body.” The copy accompanying the concept images also tell us there is a “new core” and a “new camera,” but doesn’t go into any further detail. I imagine the real iPhone 5 will have an Apple A6 (or similar) chip, whatever that means.

What do you think? Is this what the next generation iPhone will look like? What would you change?